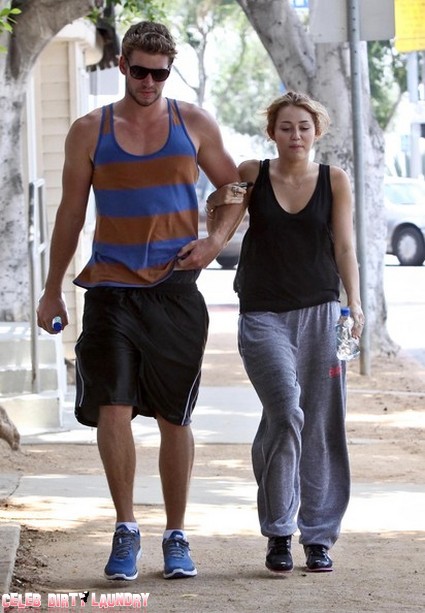 Miley tweeted: “Got Liam THE best bday pressie ever!”  She then posted a picture of puppy who they have named Ziggy. Miley’s choice looks like a Siberian Husky in the pic.

When a fan tweeted that she was under the impression the dog’s name was Daisy Dukes, Miley quickly clarified by saying: “Liam wanted to name her that! I said NOOO WAY! Shes an angel! she loves her bro & sis too!”

Miley, 19, and Liam first met on the set of ‘The Last Song’ in June 2009 and shared an 18 month relationship which ended in November 2010.  They rekindled their romance last summer and Miley recently described Liam as the perfect boyfriend because he is such a great listener.

Miley said: “I think it’s someone that is always there to listen and I think that’s when people make mistakes because they always want to have the answers and I don’t like people trying to fix me, I just like them being able to listen. But everything’s great, I’m happy and there’s nothing I can complain about. I’m performing and doing what I love and I have awesome people in my life so nothing can really go wrong.”