Miley Cyrus Is Engaged, Is She Pregnant? 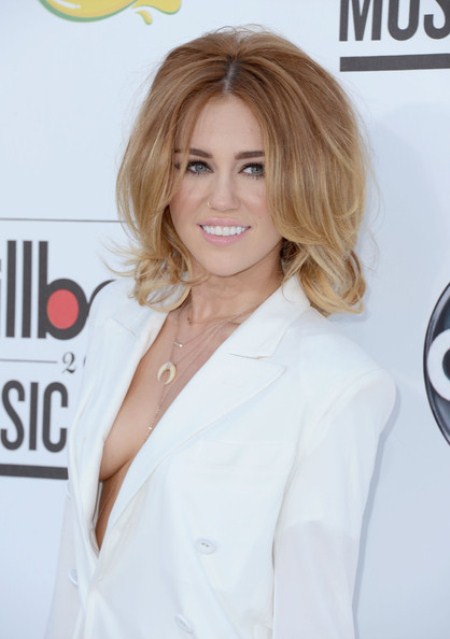 Liam Hemsworth only being, 22, and Miley Cyrus, 19, makes you wonder, why the hell they would get engaged at such a young age? It’s not something that had to be done, or is it? They could have easily waited a year or two, so why so fast? Well I think it may be because Liam got Miley pregnant, so something like a shotgun wedding would fit perfectly to protect the Cyrus image.

They’re young and it’s almost normal nowadays for girls getting pregnant at younger ages since we have crap like “16 and pregnant” airing on tv. So I think this speed wedding may just be because he got her knocked up, I just can’t see Miley getting married and settling down.

Think about it, it wasn’t so long ago that Miley went from “virgin to nasty vixen”; remember the tatoos, bongs, racy photos with daddy when she was under age, pole dancing, boob slips and sleezy behaviour, so who can really believe that she is serious enough to actually keep to a commitment as sacred as marriage? I honestly don’t think she’s mature enough for this; it’s only going to be a disaster.

Let’s see, when Miley does get married, if she can in some way break Kim Kardashian‘s amazing record of 72 days, that’d be pretty cool, wouldn’t it?. Or, she may get into the Guinness World Records for shortest marriage ever, seems like a great accomplishment doesn’t it? Well, for Miley Cyrus anyway.

This is simply not going to last and I believe the two are just wasting their time; they better change their minds before it’s too late or least get damn good prenup.

If Liam has any luck, Miley will forget she ever got engaged to him, like she forgets to wear a bra!