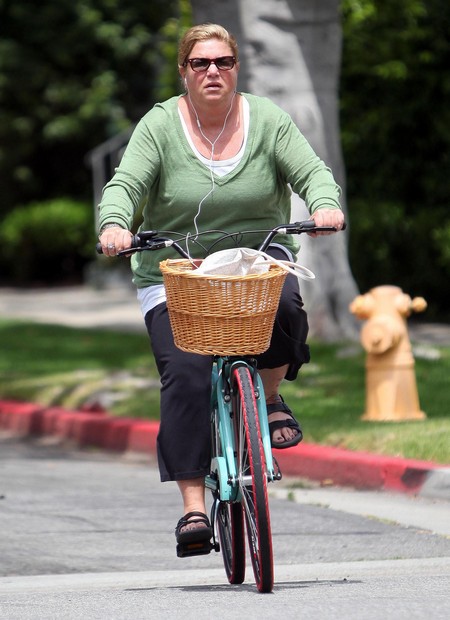 You might remember Mindy Cohen from the uber-popular 80’s show, The Facts of Life.  Rumor has it that the former star has become so close to Brad Pitt and Angelina Jolie in recent years, that she actually is godmother to two of the couple’s six children.  When recently asked if the buzz was true Cohn simply had this to say:

“That story seems to be going around, which is so interesting. I just don’t talk about any of that.   I’ve seen friends of mine who even put their toe in the shallow end of discussing their private life and then it becomes the story,”

While not talking about any of that, she also doesn’t deny the validity either, leaving fans to wonder which of the children she is godmother to.  Jolie and Pitt are parents to Maddox, 10, Pax, 8, Zahara, 7, Shiloh, 5, and twins Vivienne and Knox, 3.

Cohn has had quite a career even after the sitcom that brought her fame ended.  She was the voice of Velma for 12 years in the cartoon Scooby Doo and can currently be seen on ABC Family’s The Secret Life of the American Teenager.  She has never forgotten her roots though,

“A lot of people feel if you did a sitcom in the ’80s, you should be apologetic,” she added. “I happen to think if you’re on any show for nine years and it touches people, you should be proud of that. I’m still so moved when someone has the courage to come up to me and say hi.”

Do you think Mindy Cohn is a godmother for the Jolie-Pitt crew?  Her refusal to discuss personal details is kind of classy!  Sound off in the comments below!