Minka Kelly Sex Tape Getting Shopped; Was Minka A Minor When She Made It? 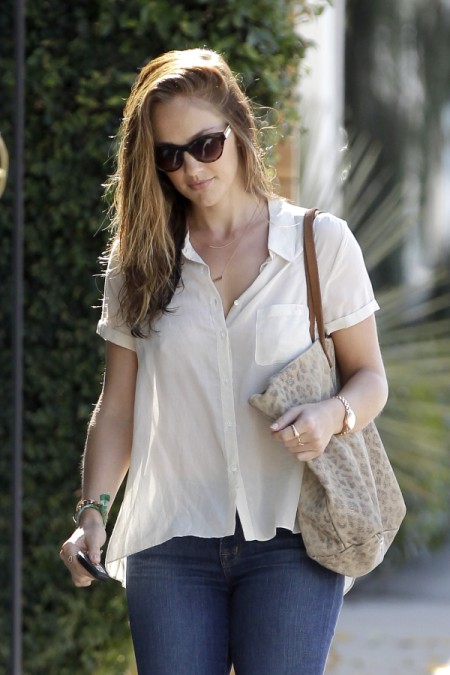 Add Minka Kelly to the celebrity sex tape club! Kim Kardashian and Pamela Anderson are somewhere waiting with open arms and proud, motherly smiles. TMZ is reporting that the Friday Night Lights actress starred with her ex-boyfriend in a 30-minute-long tape in New Mexico.

But there’s a catch. Minka appears to be a minor when she made the tape.

TMZ reveals that it’s unclear when the tape was shot but our friend, pop star Brandy, might be the glue that pieces everything together. “Two songs from Brandy’s second album, ‘Never Say Never,’ are playing in the background. The album was released on June 8, 1998 — 16 days before Minka’s 18th birthday. But one source questioned whether the song was added after the fact to make it appear she was over 18.”

The tape was shot in a semi-professional manner with the camera secured by a tripod and hooked up to a TV monitor, so both Minka and the dude could watch the action they created. Minka is said to be “very aware of the camera.” Minka’s also singing and dancing to the songs in the video so claims that the songs were added later aren’t valid. However, just because the album came out two weeks before Minka became legal doesn’t mean she was underage when she made the tape. The album gives a timeline but it’s in no way concrete evidence. Minka could have been listening to the songs months after the album dropped. That’s not conclusive evidence to me.

Minka’s 32 years old now so this tape is OLD. She’s mostly known for breaking up and making up with Yankees superstar, Derek Jeter, although the two are currently on one of their breaks. She also famously dated John Mayer and Wilmer Valderrama. Minka seems like she had a rough childhood. Her mother was a stripper and her dad is Aerosmith guitarist Rick Dufay. Minka’s mom, Maureen Kelly, died in 2008 from cancer. I’m not saying I condone young women making sex tapes, I’m just trying to put her life in perspective at that time. I’m not sure she had the most stable upbringing with the best role models, you know?

Regardless, I can’t find the name of her ex anywhere. It had to be him who released the tape. Minka’s career keeps getting hotter so he’s sure to make some money off it. But if she can prove she was underage, will that prohibit the sell? I’m not sure how stuff like that works. Her reps haven’t responded to TMZ so we’ll just have to wait this one out. Are you disappointed in Minka or is this just par for the course for another Hollywood actress?