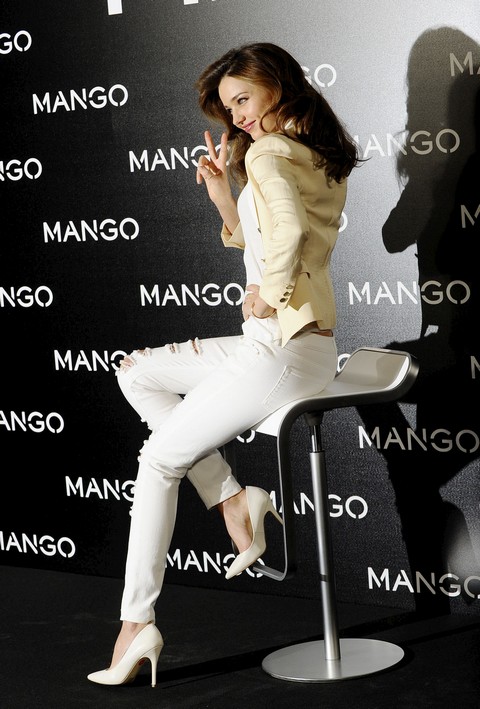 Rumors have been swirling around Orlando Bloom and his hot model wifey, Miranda Kerr, for the last week or so. First we had heard that the couple has split because of scheduling conflicts. They are parents to a young son and two busy careers keep them often going in opposite directions more often than not. Then Miranda shot down the rumors saying that she in fact, has just spent months in South Africa with her husband as he shoots his new film, Zulu.

Her statements seemed to clear things up, especially after we learned that she was on-set for two months. It’s hard to believe they’d spend that time together if they were fighting, right?  Well, according to the latest issue of the National Enquirer there’s a whole lot more going on with this couple than a bit of distance separating them at times. It seems that one of Orlando’s friends may have gotten a bit too close to his wife and that pal would be none other than Leonardo DiCaprio!

Apparently Leo and Miranda have been spotted out and about in NYC looking very flirtatious and way too close for comfort. So much so that even Orlando is worried that something is going on between them while he works. He has supposedly never worried about Miranda’s intentions before but even he is now suspecting that an affair has been kept somewhat under wraps.

Would Miranda cheat on her man and risk ruining her little family? We know Leo has very few standards when it comes to women and a Victoria’s Secret model like Miranda is exactly his type, but would he betray his friend! Did Miranda stay in South Africa for months in an attempt to keep her marriage together because her secret was already out?  Tell us your thoughts in the comments below!