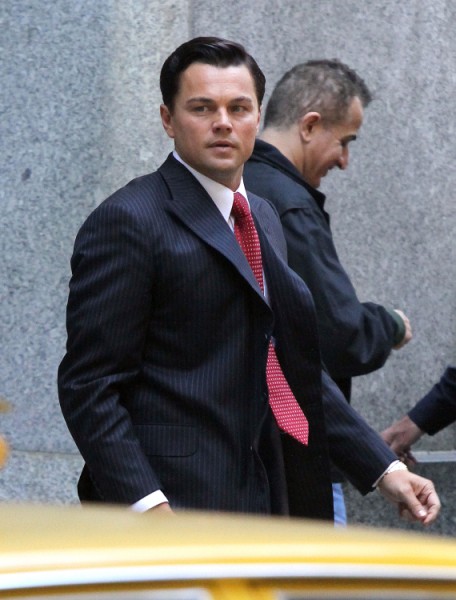 I’m not surprised by the timeline. Leonardo DiCaprio’s the hottest actor in Hollywood. You knew he wouldn’t stay single long. I am surprised by the rebound blond. Leonardo likes models – swimsuit and Victoria’s Secret models to be exact. But sources say Leonardo spent A LOT of cozy time with his The Wolf of Wall Street co-star Margot Robbie over the weekend at a party in Las Vegas so is Leo ready to put the cat-walking behind him?

Leonardo and Margot were partying to celebrate wealthy businessman Jho Low’s birthday. I have no idea who this person is but he has eclectic tastes in friends. Robert DeNiro, Zoe Saldana and Bradley Cooper were there along with Kim Kardashian who apparently danced and hugged on Paris Hilton. Britney Spears was supposed to give a mini performance but apparently only could get out Happy Birthday before she freaked out and hid for the rest of the night. I’m not kidding. That actually happened. So… motley crew but that didn’t stop Leo from staying close to Margot although sources are saying we shouldn’t get any ideas since (surprise, surprise) nothing is going on. “They are shooting a movie and are just friends,” an insider explained. “There were a lot of people with them celebrating a birthday. That’s it. They are definitely not an item.”

Weren’t Blake Lively and Leonardo DiCaprio supposed to be just friends too? We all know what happened there. I’m just saying… Leo doesn’t kiss and tell so this response is expected. But is Margot the type to be Leonardo DiCaprio’s new girlfriend? She’s blond so that’s a start. She’s young and that helps. Leo isn’t so different from Tom Cruise in his preference for young and mold-able  And she’s Australian so she probably has a hot body and looks great in a swimsuit. Check. Check. And check. She fits all the requirements. Leo’s not looking for brain surgeons and he isn’t looking for someone to take home to mom. People say Erin Heatherton was asking for too much and looking for some commitment. Poor girl. At least she wisened up sooner rather than later. Maybe she can find a pro quarterback and make some babies like Gisele. Someone’s got to steal Tebow away from Camilla Belle!

Do you think the Margot Robbie/Leonardo DiCaprio relationship could go somewhere or is Leo just enjoying himself on set? Is he ready to stray from his supermodels or did Blake Lively ruin him for actresses for ALL TIME? 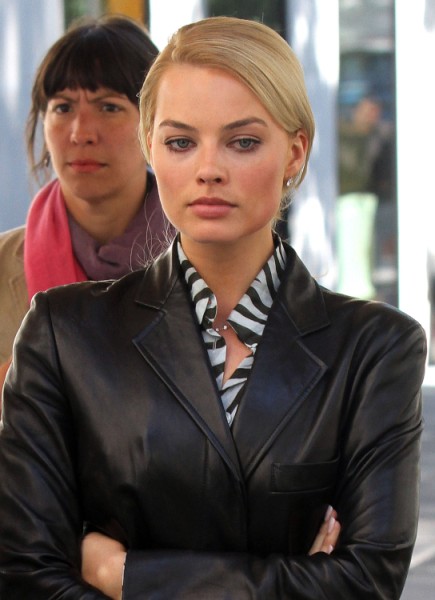