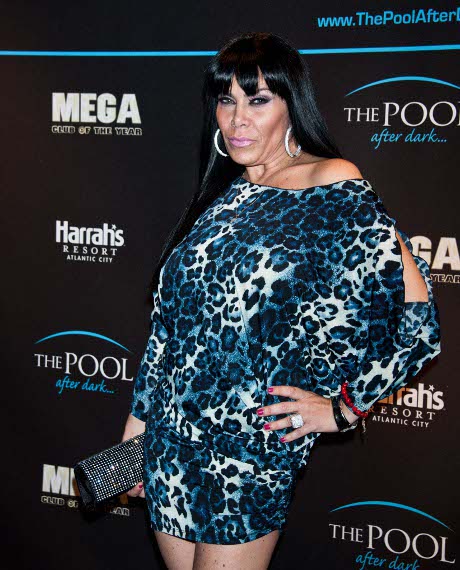 Mob Wives star Renee Graziano was admitted to rehab on Monday after a year of drama on the popular VH1 docuseries. You know Renee, right? She’s the one that went bat-shit crazy when she found out her ex-husband Hector Pagan, who cheated on her repeatedly throughout their marriage, ratted out her father to get charges dropped. Anthony “TG” Graziano, the former Bananno family consigliere, is now serving a nineteen month sentence in a federal prison.

Renee Graziano has entered Transitions in Miami, a drug- and alcohol-rehabilitation center. A source told Page Six that the temperamental Graziano “has had issues with pills in the past but she was clean when she went in on Monday.” Gee, I wonder why she is entering rehab then? Why go to somewhere that specializes in drug and alcohol rehabilitation when you aren’t addicted to drugs or alchohol? Seems a little fishy.

Graziano’s rep confirmed to Page Six: “Although Renee Graziano has been admitted to a rehabilitation center, it is not for any current drug or alcohol use of any kind. Her choice to enter rehab was made entirely on her own. She has made this decision for the betterment of her son AJ [Pagan]’s life, as well as to improve her physical, mental and spiritual health.”

Hmmm, seems cheaper to go to a spa for a few days and get some rest and relaxation than to go to a 30 day rehab center. I hear ‘namaste’ works wonders. It’s also reported that a VH1 camera crew is following Graziano through the program, as “Mob Wives” is in the middle of taping its third season.

VH1 representatives have not commented.

Graziano’s personal and family problems have been well documented on “Mob Wives.” Graziano and Pagan were living together and trying to make their marriage work (well, I would say Graziano was trying, Pagan was still pretty much fooling around on her) but in November Pagan was arrested on a weapons charge. Later, it was revealed he wore a wire to collect evidence on Graziano’s father for the feds to get a lighter sentence. Wow, you would think loyalty would run rampant in the Mob business, but it looks like crooks are crooked on each other too. Well, in the wise words of several Mob fiends “a rat, is a rat, is a rat”.

Cameras also captured Graziano’s disastrous full-body lift, which included a tummy tuck and butt lift. Graziano claims she lost six pints of blood when her stitches ruptured, and was near death.

Wow, this chick can’t catch a break. A disloyal husband who put your own father in jail and a near death experience with a botched surgery? A stint in rehab for a month actually sounds like a good idea. Renee Graziano rehab stint: plausible or fake?