More Bizarre Behavior From Drunk Demi Moore, Should Someone Step In? 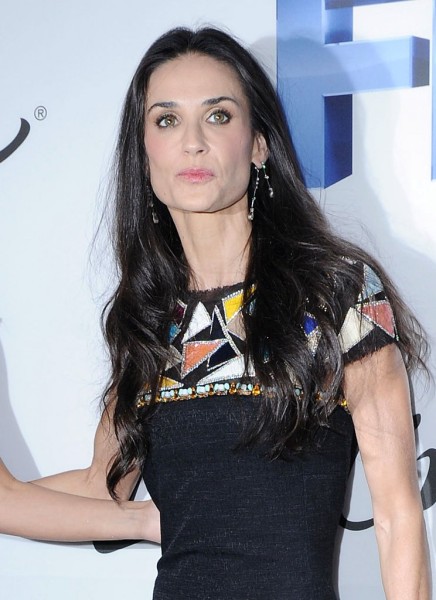 So yesterday we heard the stories of the weird gyrating and Lenny Kravitz dry humping at the Chanel Beachside Barbecue party on Wednesday night. Demi Moore was that girl. She was the wasted chick that you laugh at from across the room but make sure you don’t make eye contact with because you don’t want her to bring her craziness over to you.

Well apparently it was much worse than Red Bull-enthused dancing and wedgie picks seen by all. According to Page Six, Demi picked up a stray cat that had found its way into the party and decided it was an awesome idea to take the cat to dinner with her as her date. “The kitten sat on Demi’s lap throughout the meal… She was cuddling and petting it,” a source said.

All right, what the shit? Was it just easier for everyone else to let Demi have the cat? Would it have caused too much trouble to pull her aside and tell her to stop being a drunken mess and that the cat couldn’t come to dinner? I get it. Nobody wanted to cause a scene and Demi was doing enough of that for the group. Besides, it’s not like she was going to eat dinner, right? So give the kid a toy and maybe it won’t act up and force you to leave early. That’s what we do for my two-year-old niece. It’s a hit or miss tactic.

The only comforting thing about this story is that all these crazy shenanigans happened at the same party. It’s not like Demi got crazy stupid at the Chanel party and then a week later turned into the cat lady. Maybe she just chose one night to let loose and act a fool and Wednesday was it. We’ve all pulled a Demi, right? Did I just offend you? Maybe she wasn’t even drunk. Demi Moore might just really, really like cats!