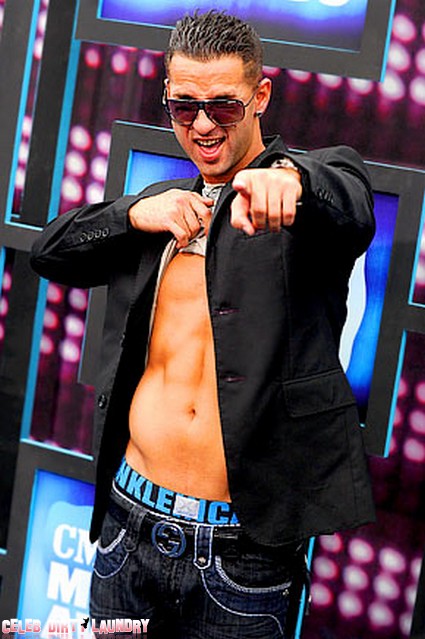 Acting paranoid and out of control – that’s how friends have described Mike ‘The Situation’ Sorrentino‘s behaviour before he finally checked into rehab. Tales have emerged of a fame hungry reality TV star who was partying so hard he was on the fast track to wiping out. Celeb Dirty Laundry has been covering the story since it broke yesterday The Situation Rushed To Rehab

According to TMZ…the 29 year old was struggling to keep his substance abuse under wraps during filming on the last season of The Jersey Shore. Sources close to The Situation say he was on a downward spiral when the cameras were rolling on season five. By the end of filming his bizarre behaviour was on show for everyone to see. There was no hiding it. Several people say he ‘acted paranoid‘ at times.

His problems became evident on episode five when the gang went camping. The former Dancing With The Stars contestant is visibly jittery and sweating profusely. And it’s not too much gym, tanning and laundry causing that! It was his recreational habits taking over and spinning out of control.

Cast and crew are pleased he’s getting treatment and it looks like he’ll be back on deck for the recently announced season six. No doubt this stint in rehab will be covered in the show. There’ll be a lot happening in the next season  – I’m sure Snooki‘s pregnancy will get lots of attention!

The Situation is just another example of how the suddenly famous can let the money and notoriety go straight to their heads. The question is – will he sort himself out or become an infamous has been?