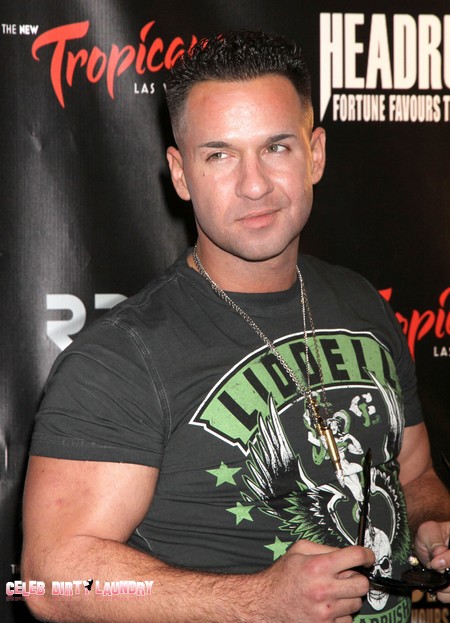 Mike ‘The Situation’ Sorrentino is now an official junkie and is in rehab to deal with substance abuse issues.  Is this a surprise?  The entire Jersey Shore crew make a career out of partying to excess and so Mike’s downfall is predictable and sad.

From a hit MTV show and Dancing With The Stars to a total loss of self-control tells us that drugs and Hollywood don’t mix well.   Mike gets anywhere from $15k to $50 a night for showing up and partying at clubs… at least he’ll have money to pay form his rehabilitation.

Mike has always behaved like a jerk.  Perhaps this experience will not only sober him up but also make him a better person.

TMZ has the exclusive:  “The Situation” is in rehab for substance abuse … TMZ has learned.  Sources tell TMZ the “Jersey Shore” star — aka Mike Sorrentino — has checked into an inpatient treatment program.

A rep for the Situation says he “has spent the past several weeks at an undisclosed location for much needed rest and recuperation after his extensive production and appearance schedule.  Like most of the ‘JS’ crew … Sorrentino’s been on a non-stop party train since the show debuted on MTV 2 years ago — drinking and making paid appearances at nightclubs all over the world.

Sitch makes anywhere from 15K … up to a whopping 50k per nightclub appearance.  MTV just announced “Jersey Shore” is returning for a 6th season … which is scheduled to start shooting this summer.