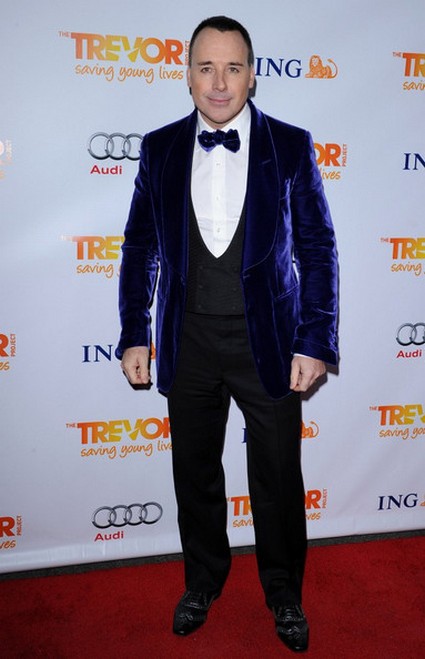 Elton John‘s husband David Furnish is not a fan of Madonna and has basically told her to ‘F**k off’ on his Facebook page. Madonna beat out Elton to capture the Golden Globe’s prestigious award for Best Original Song and that triggered David’s funk. Cameras showed that Elton was visibly pissed off as Madonna’s name was read as the recipient of the award. Can you blame him? Madonna has not been relevant musically for decades – if she ever was relevant at all – while Elton John remains a creative and productive genius.

After Madonna gave a typically narcissistic and obnoxious acceptance speech David lost it! He jumped on Facebook and wrote:  “Madonna. Best song???? F**k off!!!”

“Madonna winning Best Original Song truly shows how these awards have nothing to do with merit. Her acceptance speech was embarrassing in it’s narcissism. And her criticism of Gaga shows how desperate she really is.”

As we have reported on Celeb Dirty Laundry Madonna has criticized Lady Gaga by implying that Gaga has ripped off her work. Madonna said about “Born This Way” that she found the similarity to her song “Express Yourself” ‘interesting’ – and in an interview with Newsweek, she said: “I thought, ‘What a wonderful way to redo my song.’”

The battle had been brewing between Elton and Madonna prior to the event and getting rather nasty. Elton told a reporter on the red carpet: “Mary J [Blige] might win it for ‘The Help’. Madonna doesn’t have a f**king chance.”

Madonna responded with an ugly remark about Elton being effeminate, telling Carson Daly: “Was he wearing a dress? Damn him, those are fighting words. OK, well may the best man win.”

Is this the start of a media war between two of the most successful people in entertainment? Tell us in the poll below who is the greater musical talent, Elton John or Madonna.