BY Jeanne Adams on May 25, 2012 | Comments: 4 comments
Related : Prince William and Kate Middleton 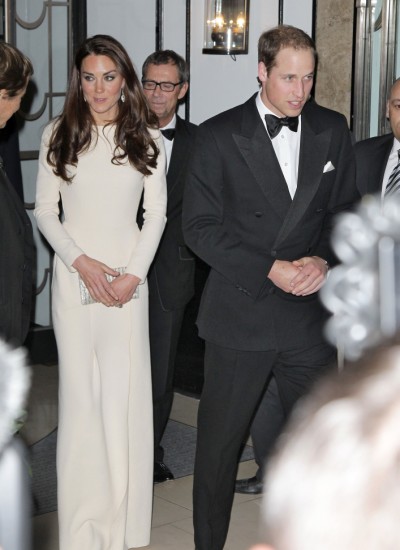 A new Prince William biography claims that Kate Middleton was anything but the fashion icon beauty when William first met her at St. Andrew’s University. Instead, the book, Prince William: The Man Who Will Be King, paints Kate as a “cold, dull, serious girl” who never fit in with William’s posh circle of friends.

And In Touch Weekly reveals Prince William signed off on every word of it. “It’s very unusual for the prince’s household to speak to a biographer like me,” author and royal insider Penny Junor told In Touch. “But Prince William gave them his permission.”

The book also slams Kate by saying she sported “unwashed hair, no makeup and grubby jeans” when she first was getting to know William and that the prince “had very real worries about whether it was possible to love just one woman.”

Believe it or not that’s not the worst of it. Junor also writes about Kate’s paltry weight and the eating disorder rumors claiming  the Duchess could indeed be infertile.

Oh but good ‘ole William is coming to the rescue. Apparently he’s doing damage control with his new wife and trying to make her laugh. “He is being very supportive, and trying to make Kate laugh about things,” an insider reveals to In Touch. “The whole point of the book was that she was a normal girl, but she’s turned into a great beauty with a husband who loves her. That’s what she should focus on.”

Exactly Kate! Don’t worry that your husband let his people tell a salacious author that you looked like crap in college – he loves you now! Geez, who didn’t look like shit in college? It was a big deal if I got out of my pajamas to walk to class.

I know William’s trying the whole, “Hey everybody, we’re just like you” approach but he has to understand Kate is uber paranoid and self conscious about her portrayal in the media right now. I can’t believe he would let people instigate the infertility and weight rumors especially with her mother’s past. Do you? Whatever happened to him bullying the people who bully Kate?  Or is it just OK if he does. I do have this sinking suspicion that Wills likes to be in charge all the time. Do you get that too?