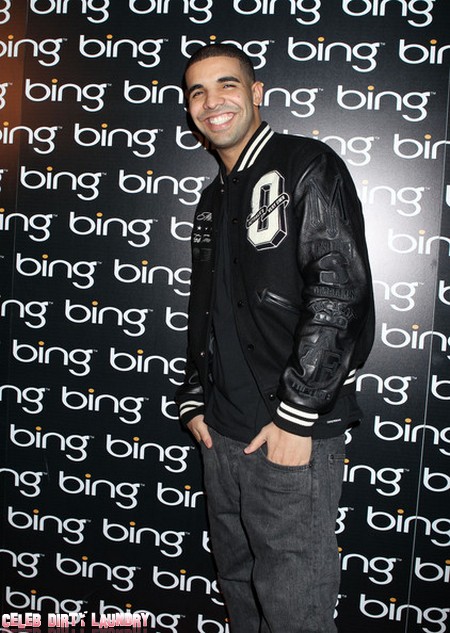 Drake is to blame for a marijuana bust and arrest of the manager of the Dollhouse Lounge in Oklahoma City.  The rapper, who is rumoured to be newly married to a mystery Miami woman, used the club for a private party on March 1 but broke the law by lighting up.  Cops swooped down and found a roach in Drake’s VIP section and arrested the club’s manager!

Now the club owner is threatening to sue Drake if he doesn’t cough up several thousand dollars for damages.

TMZ has the exclusive scoop:  Drake is responsible for a MASSIVE cloud of pot smoke that shut down an Oklahoma City nightclub this month — resulting in at least one arrest — this according to the club owner … who now wants the rapper to pay for his troubles.

The owner of Dollhouse Lounge in OKC just sent Drake and his manager a letter — obtained by TMZ — claiming the rapper asked him to open the nightclub just for him on Thursday March 1st to host a private party … and it went off the rails.  According to the owner, Drake showed up with his massive entourage — and when the party was in full swing, several Dollhouse employees noticed the smell of marijuana coming from Drake’s VIP section.

The owner claims the party was shut down immediately — and soon after, the Oklahoma City Police showed up to restore order and usher people out of the club.  While the cops were there, the owner claims they discovered a half-burnt marijuana cigarette in Drake’s section — and then ARRESTED the club manager … after issuing her a ticket.

But the owner thinks it’s BS his club is taking the blame — because he’d never be in this mess if Drake never asked him to host a party. Now, he wants Drake to pay for all his trouble … several thousand dollars worth … or ELSE.

Is Drake responsible for what happens at his private party?  Is the club owner responsible to see that rules are followed or is Drake?  Seems to me that the club owner and Drake each share some of the blame here.  What so you think?  Let us know in the comments below.