Next Up For Taylor Lautner: Parkour!! 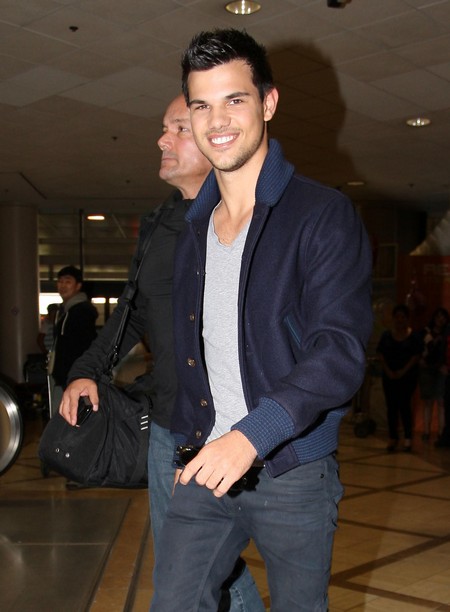 I know I am not the first to say (and probably will not be the last) that Taylor Lautner’s acting career has been less than stellar since wrapping up his role as the werewolf Jacob in the Twilight franchise.  Even at that, his acting skills were mediocre at best.

His last film Abduction, which was supposed to mark his foray into the action genre post-Twilight, tanked at the box office – so what’s next for the guy?  Well duh, parkouring obviously!  His latest flick in which he just signed on for is the movie Tracers – another action packed thriller (greaaattt).  Lautner will play a bike messenger in New York City named Cam, who gets caught up in an organized crime ring after being seduced by a woman he crashed his bike into.

Let’s not forget about the parkour action.  This sexy woman stranger he crashes into subsequently introduces him to this wonderful world of parkour (“a physical discipline which focuses on efficient movement around obstacles”) where no doubt we will see big T mastering his own stunts.  And what happens after that is anyone’s guess.

Does this sound interesting to anyone in the slightest?  I can’t say that he does it for me, so I certainly won’t be running to theaters.  However, Twilight producers Mary Bowen and Wyck Godfrey of Temple Hill Entertainment believe that Lautner is still a bankable star.

I don’t know, I just don’t think I’ll get past him as brooding Jacob, no matter how good the script.  And another action movie?  Boring, Shmoring.