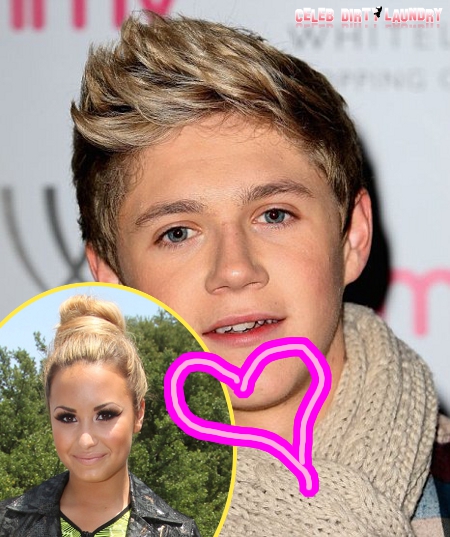 Although Demi Lovato and rumoured boyfriend Niall Horan are said to be ‘just friends’, that didn’t stop Niall from hanging out with the former Disney star’s family . . . and getting caught up in a whirlwind of embarrassment. And how do we know about this recent hang out you ask? The Twitter world, obviously!

Niall Horan met Demi Lovato’s family this past weekend, which included her sister, Dallas Lovato and her half-sister, Madison De La Garza (who you might know as Eva Longoria’s daughter on Desperate Houswives).

The group were at the pier hanging out — I’m going to guess the famous Santa Monica pier in L.A — and the One Direction singer seemed to have quite an impression on the Lovato sisters. Dallas took to Twitter, letting fans know of the fun day they had by saying:

“Best day ever at the pier w/ @ambermontana111 and @Maddielovesyou1! Nice
meeting u @NiallOfficial sry if I embarrassed u ;)”

She followed up by saying:

“@NiallOfficial I feel bad if I embarrassed u 2day at the pier ur adorable.”

What was so embarrassing, Dallas? Do tell! Niall, for his part, responded by tweeting:

“@dallaslovato haha good to meet you! was funny! bit random but ey!”

Well, dating or not dating, should Demi Lovato be falling for this fella, at least she knows that her sisters approve of him. Thank god for the world of Twitter, how else would we get all our juicy info? So just give us all the goods in your next tweet — please and thanks!

What do you think Demi’s sister did to embarrass the One Direction star?