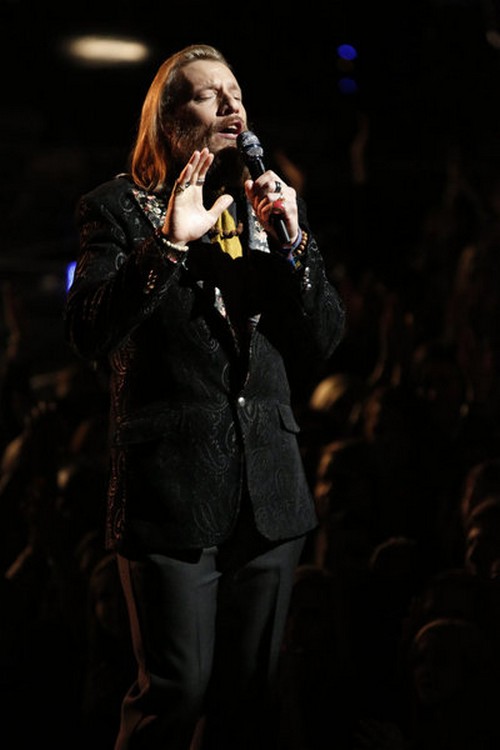 Nicholas David took the stage tonight with his coach Cee Lo Green on THE VOICE for the third song for his Top 3 video performance with his mentor Cee Lo.  Nicholas & Cee Lo sang “Play That Funky Music” by Wild Cherry.  Tonight’s show the top 3 performed live in front of coaches Christina Aguilera, Adam Levine, CeeLo Green and Blake Shelton in a final bid for America’s votes.

Nicholas and his family spent some time with coach Cee Lo to give him a better understanding of who Nicholas is. Singing “Play That Funky Music” is Cee Lo and Nicholas.