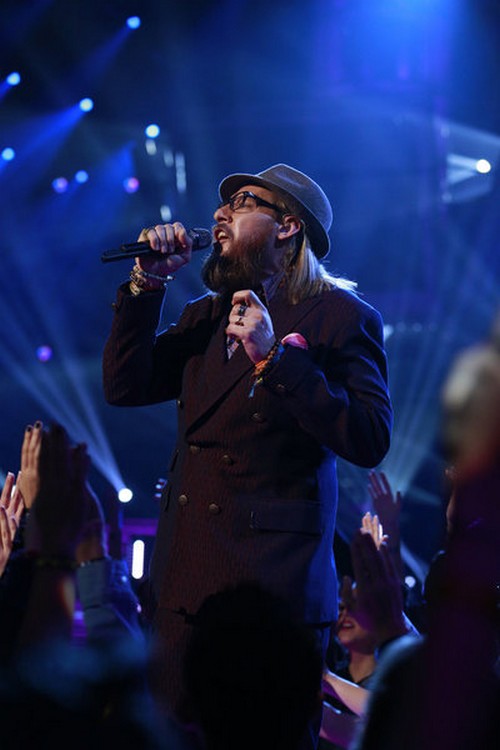 Nicholas David took the stage tonight on THE VOICE Final Performance show, for the first song of  his Top 3 video performances and his final chance to impress America.  Nicholas sang a medley of “Great Balls Of Fire and Fire” by Jerry Lee Lewis and Jimi Hendrix. Tonight’s show the top 3 performed live in front of coaches Christina Aguilera, Adam Levine, CeeLo Green and Blake Shelton in a final bid for America’s votes.

Judges Comments:  Adam “I am so happy and this is great, it was cool to see a different side of you, it was so entertaining and fun.” Blake “That was so much fun, I am glad that you went there with it”. Cee Lo “Sometimes we forget that this is supposed to be fun, your humility is always heartwarming but your fire tonight burned it down, I loved it”.

e start tonight with Nicholas who is here for his family. Cee Lo was the only coach to turn around for him and he bets the rest of the judges are kicking themselves now. Nicholas has chosen to due a medley tonight of Jerry Lee Lewis’ “Great Balls of Fire” and Jimi Hendricks’ “Fire”.  To vote for Nicholas David: 1-855-VOICE-01