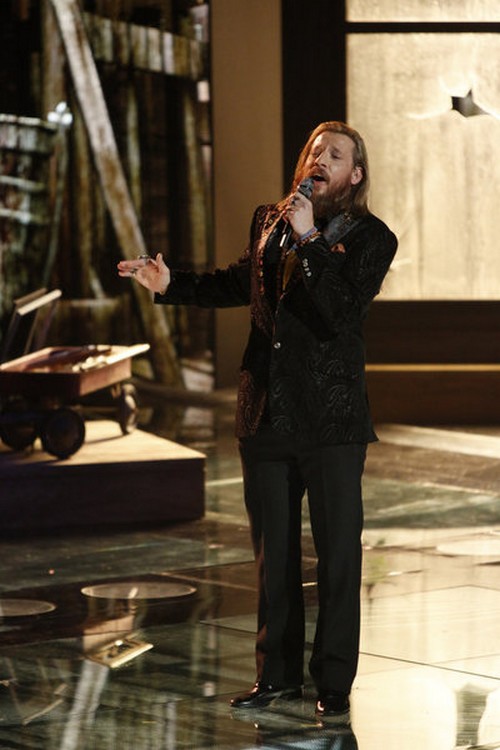 Nicholas David took the stage tonight on THE VOICE Final Performance show, for second song of  his Top 3 video performances and his final chance to impress America.  Nicholas sang a “Lean on Me” by Bill Withers.  Tonight’s show the top 3 performed live in front of coaches Christina Aguilera, Adam Levine, CeeLo Green and Blake Shelton in a final bid for America’s votes.

Judges Comments:  Adam “I like your outfit, you know how much I love you, that version is great, you did justice to  it.” Cee Lo “We have spent a lot of time together and I sit here in awe and appreciate you so much. Very simply, I believe in you, you move me. I have nothing fancy to say, but something true and sincere, I love you man”.

It’s Nicholas’s defining moment, with “Lean On Me” by Bill Withers. To vote for Nicholas David: 1-855-VOICE-01