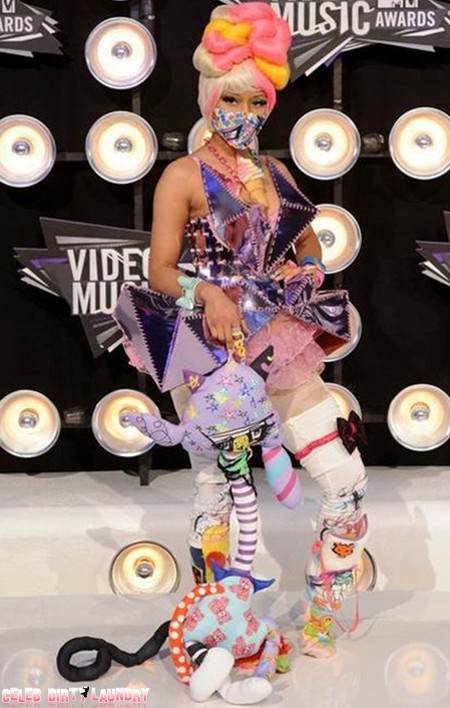 A lot of people believe Nicki Minaj is really talented, but I just can’t get past the fact that her music, is just not GOOD music. Basically, other than Nicki, there are no active female rappers today, literally.  This makes way for Nicki to be the Queen of rap, even if she isn’t.

Nicki has never created great music, she obviously decided against it and stuck with just being overbearingly annoying, irrelevant and overly-commercial. She is the trashiest and most annoying act out there today with her weird faces, dumb voices and butt pads that are just plain disturbing.

Forget her crappy music, her fashion sense is one of the best examples of fashion gone wrong. I thought her appearance at the 2011 MVAs was horrible and there couldn’t possibly be anything worse…

Did you see her new video with her looking like a green slutty gremlin? It’s just a bunch of foul-mouthed rap that seems to be deliberately delivered in a slow fashion just to torture us. Minaj is the biggest skank, she is a nasty. disgusting woman that parades herself around with no class – she should keep her nastiness to the bedroom, maybe Kanye West will be looking for a new Ho when he dumps Kim Kardashian. Do you like Nicki Minaj as much as I do? Sound off your comments below. These were the nicest things I could say about her and I heard the female Gremlin said, “Bitch, Stole My Look!”.