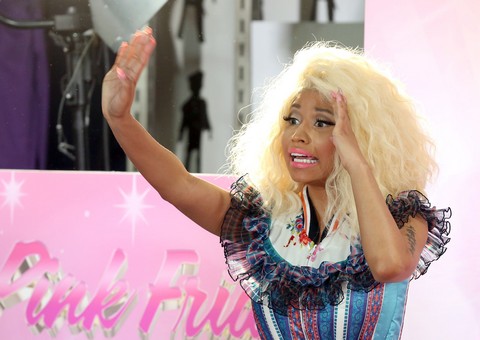 Nicki Minaj has become the latest celebrity to be killed off by Twitter.  The social media site killed her off by spreading the false news that the rapper had died in a car accident. CNN and BET were unwittingly used as accomplices in the ruse as fake tweets pretending to be the news organizations and thus giving her alleged death authenticity.

It didn’t take long for “Nicki Minaj” to start trending online on Twitter. Some of her fans became saddened and then enraged by rumors of her demise being greatly exaggerated. Nicki hasn’t tweeted since Dec. 5 and it was easy for some to believe that she was among the dearly departed. Some of Nicki’s Barbz weren’t so quick to believe that their idol had died given that Twitter routinely kills off stars such as Eddie Murphy, Justin Bieber and Will Smith in similar fashion. Many of them most likely checked TMZ and didn’t see any blaring headlines. Their disbelief was confirmed as good intuition when the erroneous reports were denied.

Nicki may not be Miss Congeniality these days with her various antics, but the matters of life and death are no ways to take the crown from her head.