Nicole Kidman: The Vindictive Ex Blames Tom Cruise But Is A Lousy Mother 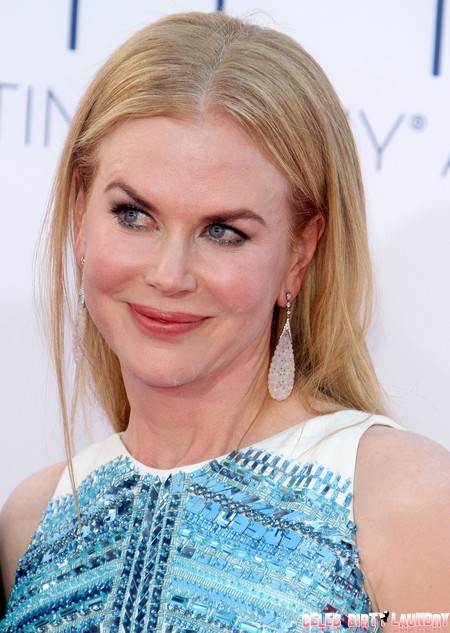 It’s not bad enough, or depends on how you look at it, good enough that Nicole Kidman helped Katie Holmes bring an end to her marriage to Tom Cruise.  Now Nicole has decided it’s her turn to turn the table on Tom and become the victim.   She waited seven years to tell her story of being Victim #1 of Tom Cruise.  Mimi Rogers has no complaints.

Nicole did two interviews recently that painted Tom in a less than positive light. Why now? What does she have to gain really other than free publicity and perhaps some bucks if she decides to write a book?  Tom just lost everything that was important to him, Suri and his marriage to Katie.  It’s like what is the point of kicking him why he is down?  Nicole has not did anything significant in terms of film making since her relationship with Tom, and actually it was Tom that gave her a hand up in some of her most respected roles.  Therefore, it is somewhat surprising that she still holds a grudge.

It has been widely reported that Katie was in talks with Nicole leading up to her divorce from Tom.  Now Nicole can’t seem to get enough of bad mouthing Tom.  Okay we get it, you don’t like him, but why kick him when he is down?   Nicole helped stirred the pot in bringing an end to Tom and Katie’s marriage. She blames Tom for her lack of a relationship with Connor and Isabella Cruise, who are children from her marriage with Tom.

These two kids are old enough to know love when they see it.  You don’t have to spell it out for them.  Tom could not keep them away if they felt a lot of love from Nicole.  Rather than place blame, perhaps Nicole should rethink her approach and commitment or lack thereof to them.  Share your thoughts on Tom and Nicole. I believe in forgive and forget.  How long do you think someone should hold a grudge if ever? Do you think it is time to turn the page on the Tom Cruise bashing?