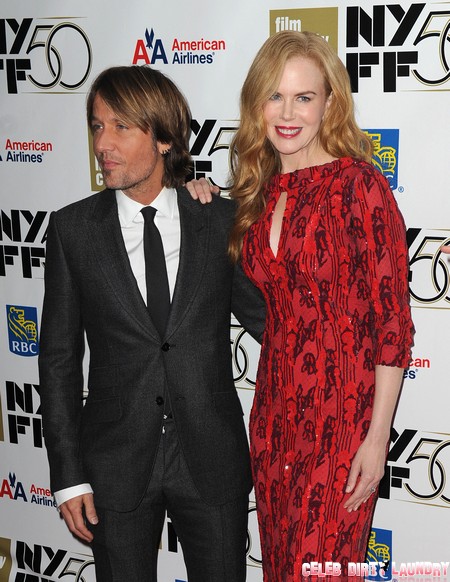 Nicole Kidman and Tom Cruise were sitting in a tree once, K-I-S-S-I-N-G. Unfortunately, that was the only tree hugging exercise they were doing. According to an exclusive RadarOnline article, Tom Cruise was a bit of sexual dud. No Fifty Shades of Tom for Nicole! For the first time ever, the usually private Kidman opened up to the media about her first marriage to Tom and how her new hubby Keith Urban changed her sexually.

Kidman confessed to Harpers Bazaar that she was uncomfortable during her marriage to Tom (we would also feel uncomfortable if we were being watched by Scientologists) and that it was actually Urban who truly changed her life for good. “He just gave me confidence through being very kind to me and understanding me, opening me up to trying things, my sexuality sort of things,” the actress said.

We all know Tom Cruise was made by robots on a faraway planet with Rosie O’ Donnell as the leader, so it wasn’t really such a surprise to learn about Kidman’s lack of sex during her marriage to Tom – he doesn’t look like the most sexually interesting creature, now does he? This also explains Katie Holmes’ ice-faced neuroticism while she was with Cruise – they made Suri one fine morning, completely stopped venturing into “that” area of their marriage and eventually their sex life dried up like a puddle in Somalia.

Unfortunately for us, Kidman wasn’t too forthcoming about her thoughts on Cruise’s recent divorce. She simply said that she has had “nothing to publically say” about the whole saga. She also described her return to the tabloids during Cruise’s divorce as “very, very fleeting” and ended with, “I’m not caught up in any of it. It’s not really part of my life.” Damn, here we thought she was finally going to reveal Cruise’s alien-dinosaur-caveman ancestry…