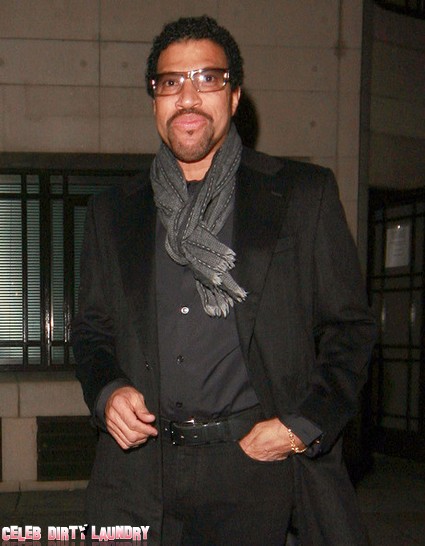 Lionel Richie is a wanted man. Not for Dancing On The Ceiling – but for tax evasion. The singer has an unpaid tax bill totaling more than a million dollars. Ouch.

According to TMZ….he hasn’t paid his income tax bill from 2010. Oops. He owes the IRS quite a bit – or $1,130,609.11 to be exact.  Don’t forget that all important 11 cents. Now Uncle Sam is saying Hello – we’d like our money or we’ll take further action. A lien has reportedly been issued. That means if the outstanding amount isn’t paid the Authorities can start going through his stuff. So he might want to get onto the matter ASAP to avoid further problems. And maybe find a new accountant.

Lionel won’t have to dig too deep to find the cash. It should be Easy. He’s worth megabucks. The man is loaded. Rolling in it. A multi-millionaire. He has more than $200 million thanks to some seriously huge hits back in the day. He’s still touring the world and recording. He even has an album in Billboard’s top 5 at the moment. He just needs to write a check and get the tax man off his back.

The superstar isn’t the first big name to have a run in with the IRS.  There’s been quite a few. The list includes actor Nicolas Cage, Wesley Snipes, rapper Ja Rule and Willie Nelson.  Then there was a former rap star late last year. Celeb Dirty Laundry covered it here The IRS Tell M C Hammer – U Can’t Touch This