Nicole Ritchie Is Faking It On ‘Fashion Star’ 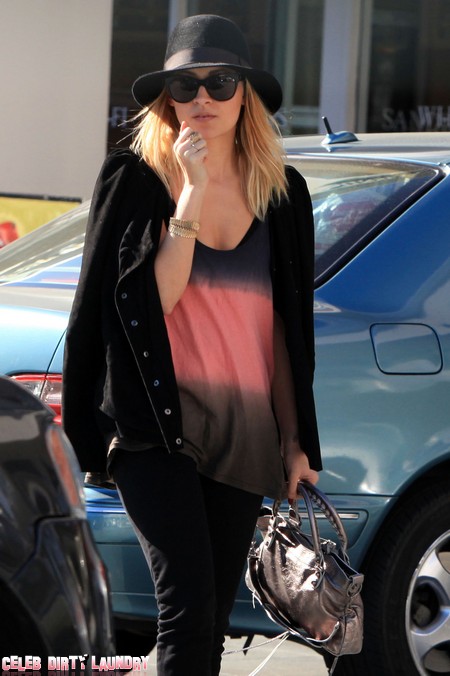 Nicole Ritchie is faking it on the new TV show, ‘Fashion Star,’ but Jessica Simpson is not.  This is too much guys (I mean this in a laughing way) – Nicole Ritchie was on the Tonight Show last night. She was promoting her new show, “Fashion Star”.   I’m a little confused with her, because she is supposed to be a designer for her own label, House of Harlow, but who knew she could sew let alone draw a design. I mean I know she is a purchaser of expensive designer clothes but does that make her a designer – I mean who knew?

Now her co-partner on Fashion Star is Jessica Simpson.  Jessica Simpson has her own line and she was smart because her clothes fit plus size women who want to look sexy but still want be comfortable.  Another thing I’ll give to her is that her line is “AFFORDABLE” to the average shopper.  Something a few of her counterparts need to take into consideration.

A lot of Hollywood entertainers are coming out with their own ‘fashion lines’, but isn’t that what professionals designers go to school for?  I mean everyone just cannot design and cut clothes.  Maybe that’s the new Hollywood fad now, I like shoes so let me have a shoe line.  Well anyway, Mrs. Ritchie was on the show just complaining about her husband, Joel Madden:

“Oh he’s selfish he always wants to watch his own shows on TV and makes too much noise when I want to watch mine.”

Is she kidding!!  I’m quite sure there’s more than one TV in their house.  And what does she want to watch the, “Real Housewives of Beverly Hills”, (big sigh).

Now she is probably just having one of her little cranky fits with him.  It is no secret that she is known to complain about her husband going away touring while she is left alone.  She also has been known to refer to herself on occasion as a single mother, because he is away a lot.

Remember Mrs. R it was only a couple of years ago that you were not in a good place.  Was it not your husband that postponed his touring and put his career on hold – just in order to stay with you during your first pregnancy to make sure you would be alright.  So sweetie cut him some slack.  Let me tell you if the only thing you guys fight about is the TV, you are doing pretty darn good.