No Prenup For Courteney Cox And David Arquette 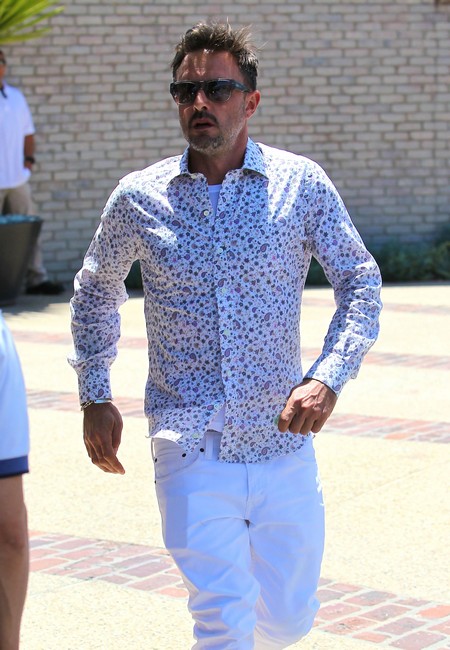 Wow, there is no prenup for Courteney Cox and David Arquette and that means that he will make out like a bandit. Courteney Cox Arquette filed papers Last Friday. The same day David Arquette filed for divorce. The papers state that they will both represent themselves in divorce preceedings. It seems like the two, are trying to go through a divorce without having a major war. This almost never happens in Hollywood.

They want to share joint physical and legal custody of there 8 year old daughter Coco. There’s said to be no prenup for the two which would mean all of the money for there 12 and a half year marriage would be split 50/50 David would certainly come out on top of that one.

She’s worth an estimated 75 million mostly due to her last few years on Friends when she was rolling in the dough. He’s worth considerably less at 18 million. She’s also asking her name be switched back to Cox. I do find it very weird that a Hollywood divorce can go so smoothly but the two must think it can since there acting without a lawyer.

David has had a lot of trouble lately with going to rehab but through all of that Courtney stuck by his side. They were married in 1999 and split up in 2010.

David must have celebrated his filing for divorce by finally becoming a man he had his Bar Mitzvah in Jerusalem while filming Mile High for the Travel Channel. Most boys have this when they are 13 but its better late then never. The 40 year old Scream star said he wanted to learn more about his Jewish roots.