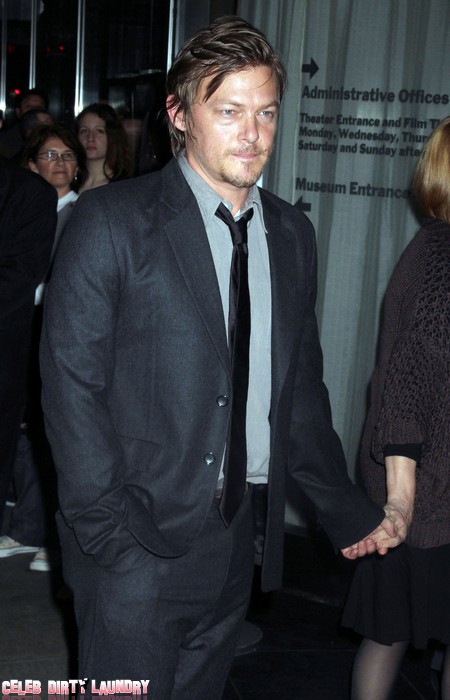 I’ve been a fan of actor Norman Reedus for quite some time (remember Boondock Saints?) – especially since he’s been rockin’ his role as Darryl in The Walking Dead.  I am always on the search for the latest ‘news’ about him – but to no avail. Needless to say the man keeps quiet.

His name popped up in some of my research earlier this week, and it coincided with another important issue, definitely warranting attention.  There’s been much debate over Harvey Weinstein’s recent documentary, ‘Bully’ which focuses on the terrifying truth behind the current trend in bullying. Unfortunately the film received an R rating due to language – a burden Weinstein believes will prevent people from seeing it.

It’s no hushed secret that bullying in North America has been a serious issue.  This film is said to be very impactful – and because of its rating celebrities have take to airwaves to make it heard.  One celeb in particular is my bud Norman, who along with his son Magnus (whom he shares with Helena Christensen) recorded a PSA to bring awareness to the film.

“It can be very scary to stand up to bullies…. it’s scary to everyone, not just the people being bullied. Tell your teachers, coach, friends, parents…it’s time to take a stand.”

Check it out…I for one am looking forward to the movie and bring as much awareness to it as possible.