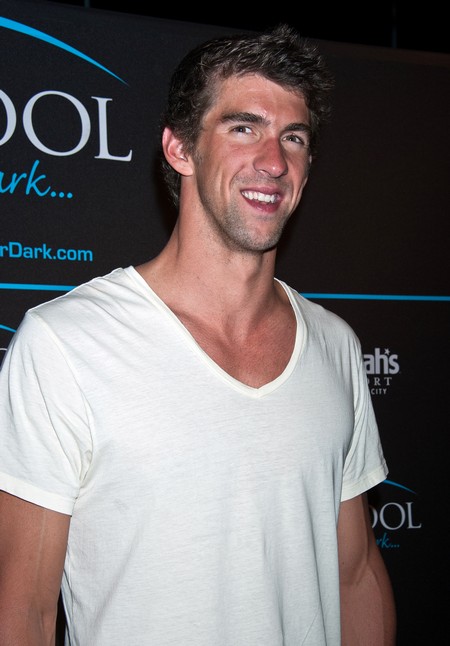 Those of you who thought that London 2012 was Michael Phelps’ last appearance at the Olympic Games could be wrong.  While Phelps might be done with his Olympic competition as a swimmer at this summer’s games, it seems that NBC sports is eager to sign the super hero to big fat contract to cover the Olympics is 2016. And why not? Phelps appears to have been taking elocution lessons and already speaks like a professional sportscaster.

I heard Michael speak extemporaneously on an NBC broadcast  after he won his record breaking 19th Olympic medal and they guy is slick.  In fact Michael should consider political office because to me he sounds better, even way more sincere, than any politician I hear.  Of course sports allows for a greater degree of truth telling than what politicians dare.  In any case we can expect Michael to receive multiple job offers as everyone wants a piece of a champion.  Apparently ABC has already expressed their interest as well.

TMZ has an exclusive where they have learned TV execs are drooling over the chance to get Phelps under contract once he wraps up the Games as the most decorated Olympian of all time.

One source, high up at NBC Sports, told us … “The man is smoking hot right now” — and they “would definitely hire Michael” to cover the Olympics in 2016, and other world sporting events between now and then.

Phelps is adamant London will be his swan song — and he will retire as the most well known Olympian on the planet … so, if he chooses to get in the broadcast game there will be a massive bidding war.

NBC holds Olympic broadcasting rights through 2020, so they’d seem to be in the driver’s seat — but a source at ABC told us, “If he would, we would gladly scoop him up to work for us.”

We reached out Michael’s agent, but haven’t heard back yet. Think that guy’s busy?

Phelps is already a multimillionaire with an expectation of over $100 million life-time earnings from endorsements.  Why not add a few million to that by doing some broadcasting?