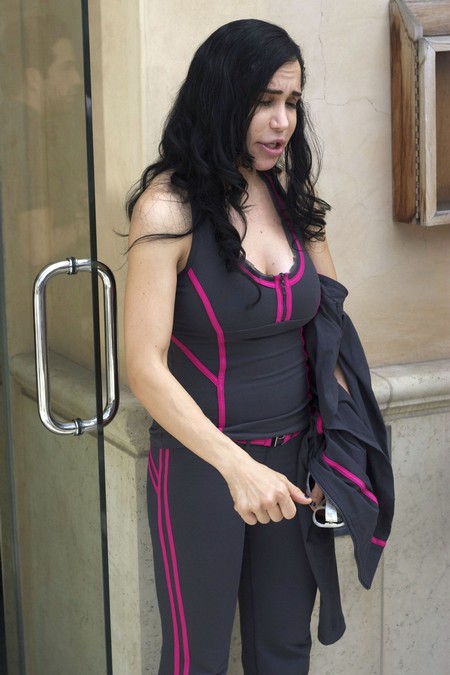 Octomom Nadya Suleman is successfully using the sex trade to earn her way off of welfare. Now isn’t that a wonderful thing – seeing Octomom strip her way off welfare? By appealing to the apparently high demand to see her doing nasty things, the mother of 14 is able to finally pay her bills without relying on her Uncle Sam.

Octomom filed for bankruptcy back in April and it is was no surprise since she had too many children and not enough income.  At the time Octo filed for Chapter 7 protection in Federal Court she had been on welfare for a month.  Reports at the time indicated that while Octo enjoyed $500 haircuts her children were malnourished, filthy, and neglected.  Child Services investigated but in their wisdom decided to leave her kids with her.

But Octomom has since had a popular release of multi-media self-pleasure pornography and is stripping her way around Florida raking in the big bucks.  It seems that the market has dictated that Octomom won’t be poor any longer.  Now all we need is for her children to be removed and placed in good homes.  Then all will be well.

I guess Octomom will make money as long as enough people enjoy the novelty of watching a disturbed mother of 14 degrade herself and are willing to pay for it.  Would it be better for the State to support her and her kids?  I say yes – what do you say?