One Direction Beats Up The Wanted In Twitter War 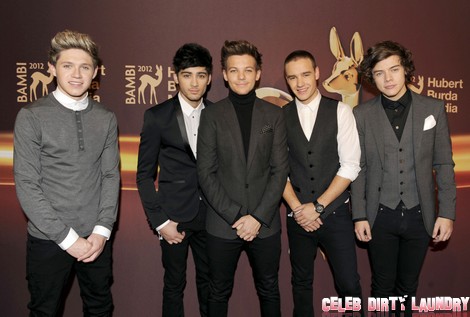 After The Wanted Max George (24) tweeted a picture of himself writing, One Direction’s Zayn Malik (19) commented “The first step is acceptance #geekoftheweek.” Malik followed up that zinger with “Your [Twitter] display just [s]how’s how much of a wannabe you are :)” George, perhaps feeling the smug in Malik’s smiley face, stood up for himself and his band, responding with “That’s not very nice. I was just starting to like you and your RnB hits.”

Though they could have been gentleman and walked away, the two pop stars called for backup and so began the Twitter rumble. One Direction’s Tom Parker tweeted “I think 1 stripes’ got his knickers in a twist bro,” making a crack about the edgy blonde streak in Malik’s hair.  “Mate if I had a face like yours my hair would be the last thing I’d worry about :)” Malik retorted. Fellow One Direction member, Louis Tomlinson chimed in with “Pipe down bad boy.”

It didn’t end there. Later in the day Malik returned to Twitter to say, “Let’s not even start discussing vocal ability boys ;) would love to chat gotta run though rehearsals,” to George and Parker. George ended the verbal spat with “Enjoy rehearsals. Stay off the bud… It clearly makes u cranky.” Since Tuesday the tweets have been deleted.

It is obvious that both groups, though formed by audition processes, are committed to their bands, and the fine art of public shaming. While they have each used social media to bash the other, this past week’s Twitter bitch fit ignited a smoldering feud between the feisty whippersnappers and the flames aren’t dying down anytime soon.