Niall Horan Flirting With Someone Other Than Demi Lovato (Video) 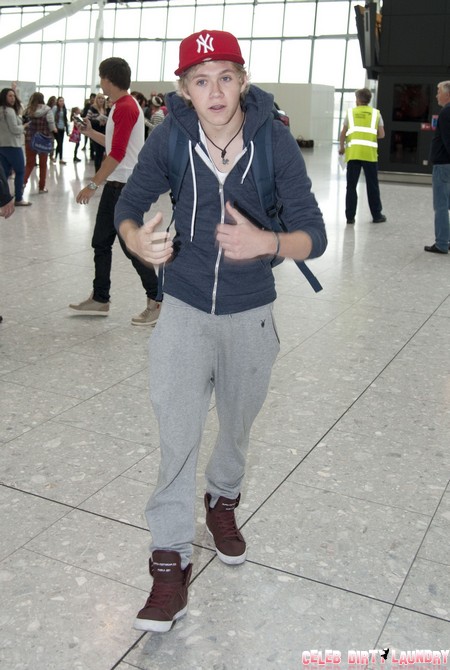 In a recent interview on ‘The Bert Show‘ Niall Horan started flirting with a woman named Kristin instead of his rumored new love interest, Demi Lovato. Niall already has Skype chats with Demi and also has spent time with her family. Seems like something could be going on between the two celebs, or maybe he’s found a new woman he’s interested in instead.

Some really creepy One Direction fans, of course the ones that are more on the “obsessive stalker” side, are going insane with rumors, so the band first wanted to quiet those rumors down during their interview.

Now on to the part that would make those crazy fans go even more insane. In a video from the interview, Niall is holding Kristin’s hands and then kissing them, or so it would seem, but he is apparently just kissing his own hands…pretty lame if you ask me.

Now Demi Lovato is pretty damn hot and many people would agree. But Kristin is quite the hot hottie herself. When asked if they wanted to clear up the relationship rumor between Kristin and Niall right away before their crazy fans go even more insane, Niall actually refused.

Niall failed miserably when he tried to compliment Kristen… by saying that she looked like an “air hostess,” basically, a flight attendant. There are many hot flight attendants out there, but as compliments go, that was a really bad one. Kristen is beautiful so it’s Niall’s loss and I don’t think Demi has anything to worry about, it’s not like Nialls’ charm is going to sweep any woman off their feet.