One Hit Wonders Stars A Bevy Of Blonds 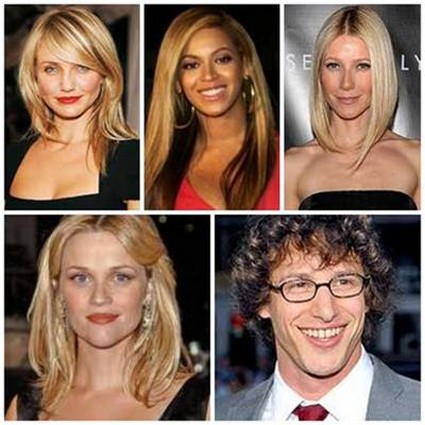 Reese Witherspoon, Cameron Diaz and Gwyneth Paltrow are all set to star in the new film ‘One Hit Wonders’ – and all that is missing is Jennifer Aniston… whoops, she is too old and possibly pregnant.

The Hollywood blonds will be directed by ‘Glee’ creator Ryan Murphy for the upcoming musical comedy film, which tells the tale of three singers who all record a hit song in the 90s before their careers disappear, leading them to form a supergroup. This is really scary – any movie with Ryan involved is assured to be juvenile and boring – not to mention that is bound to be full of cheap emotion and superficial reductionist social commentary.

Beyonce Knowles – who has had big-screen success in ‘Dreamgirls’ and is expected to appear in a remake of ‘A Star Is Born’ – is also set to play an unknown part. Let’s guess that the part involves real singing… .

Brad Falchuk and Ian Brennan – who work with Ryan on musical TV show ‘Glee’, which has made stars out of Lea Michele and Dianna Agron – are scripting the project.

Sony has bought the rights to the project, with Amy Pacal – chief of Sony Pictures – agreeing to be involved just 10 minutes into a pitch by Murphy, according to Deadline.com.
The director is hoping to make the film as soon as he has finished work on HIV drama ‘The Human Heart’ starring Julia Roberts and Mark Ruffalo.

Can’t wait for this dud to be produced… NOT! Are you looking forward to seeing ‘One Hit Wonders’ or do you hope it dies on the vine? Let us know in the comments below.