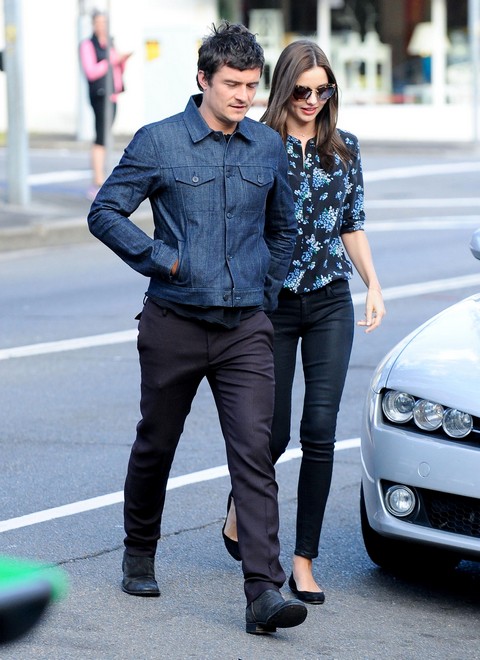 Legolas is a bachelor once again!  Orlando Bloom and wife Miranda Kerr have called it quits after only two years of marriage.  In Touch has confirmed that the twosome have decided to take a break.  Says an insider, “Right now they’re separated.  They’re living apart and figuring out what they want to do next.  They’re not on the same page anymore.”  In recent weeks Kerr has been seen out without her wedding ring and there had been reports of discord between the couple ever since baby Flynn was born.

Sorry Miranda, but having a baby just can’t save a marriage.  A man’s dream is to marry a Victoria’s Secret Model, but clearly Orlando couldn’t visualize the family aspect of a marriage and has jumped ship.  It is no secret that he adores his son, but he is not willing to play the role of stay-at-home dad.  Orlando is young and work is his priority right now.  Miranda on the other hand wants mothering to be her full time job.  Sigh…rich people problems.

Gossip Cop has attempted to put the kibosh on that story by claiming sources close to Bloom and Kerr have called the story false.  That source goes on to say that the couple have plans to spend the holidays together and the only reason why they are in fact living apart right now is because Miranda is modeling in New York while Orlando is on the other side of the world in Africa filming his next movie Zulu.

Yeah, yeah, those are just semantics.  These two are over.  Miranda tried to have a marriage saver, Flynn, but it didn’t work and now Orlando is moving on to bigger and probably younger women.

What do you think readers?  Are these two really over or is their PR team just creating some drama to get them back in the spotlight?