Our Dancing With The Stars All-Stars Wish List HERE! 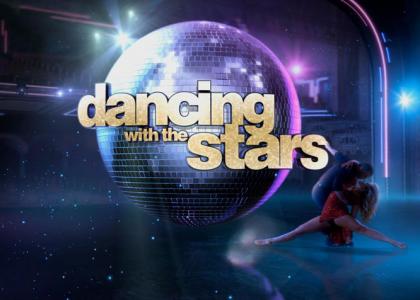 Dancing with the Stars has been giving us D-Lister celebrities for 14 seasons now and just one season, wouldn’t you love to have an actual ‘star’, an A-Lister? Haven’t we had enough of the pro-athletes, models, politicians and sitcom has-beens.

Personally, I would just love to have a season that has a few A-Listers and here are my picks for who I would love to see judged by Len Goodman, Carrie Ann Inaba and Bruno Tonioli.

My first choice would be John Travolta. I would love to see his “Saturday Night Fever” dance steps again and some of his “Pulp Fiction” moves wouldn’t be bad either.

Mel Gibson would be my next choice, I can just imagine what he would say if one of the judges pisses him off. I have a feeling he would do more than demand an apology like Michael Bolton did when Bruno said that he performed the “worst jive in eleven seasons”.

Simon Cowell would be an interesting choice. I always had this fantasy of him being judged, rather than being the judge. Wouldn’t it be great if one of the judges gave him a dose of his own medicine and told him, “I never want to see that performance again. I cannot stand it, I’m allergic to it?”

Robert Pattinson has lots free time on his hands now that he and Kristen Stewart are splitsville. DWTS could forget the Palins; a single Pattinson in the ballroom would send ratings through the roof! He can act, he can sing, but can he dance?

William Shatner is my ultimate “dream” choice, he can act, sing, teach; hell what doesn’t the old Captain Kirk do? He would perform with class and wit that would definitely entertain; he might even make it to the finals.

Assuming she’s not in rehab, Lindsay Lohan would be a good choice. There would certainly be high ratings and loads of controversy, but can she dance? I would still prefer her before any retired sports star or politician.

Jackie Chan is an amazing martial artist, he’s got moves that I have never sent from any professional dancer. His style and grace would definitely transform in the ballroom while while his comedic flavor would be a nice touch.

My last choice would be chef Gordon Ramsay. The words “style” and “grace” have never been used to describe the British chef, but he does play soccer and is a hard worker. I think he would be an entertaining performer, but I don’t know if any professional dancer could get past his size 15 feet. Chef Ramsay has said that he thinks dancing is sexy, I personally would love to see him on the show.

Well that’s it for my wish list and I realize that my hopes of ever having anything better than a D-Lister on Dancing with the Stars is never going to happen, but one can always dream.

Don’t forget to come back to CDL tomorrow when the new “All Star” cast for season 15 will be announced. Celeb Dirty Laundry  is your one stop blog for all DWTS news, gossip, spoilers and recaps.