P Diddy Catches A Bruised Cameron Diaz On The Rebound 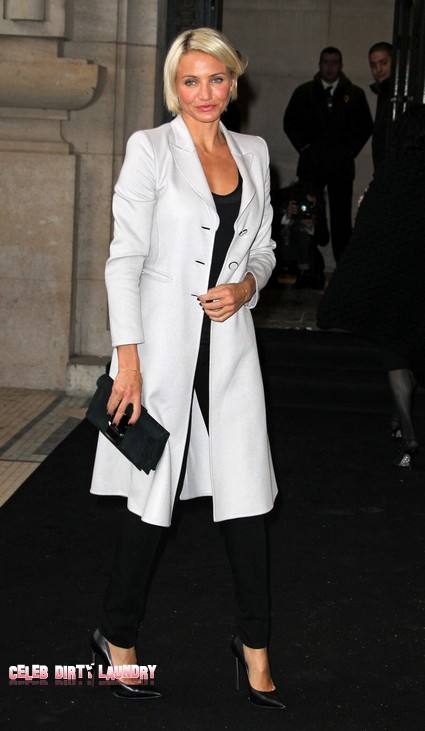 Cameron Diaz has been dumped by more celebs than a dirty handkerchief and consequently she has fallen into the opportunistic arms of sly P Diddy. Yes folks, Sean Combs, creator of a book on woman’s asses, is now squiring Cameron about in public. In fact the couple went public at the Golden Globes Weinstein Company after-party. A source said: ‘They were hanging out together and looked loved-up.’ Cameron must be desperate, or stupid, or both!

Cameron has been linked to Diddy before they ‘came out’ at the party stories about a romance between them were merely speculative.

Cameron is definitely on the rebound as she struggles with both career difficulties and watching her former lovers find true love.

Alex Rodriguez, whom Cameron, 39, dated for more than a year, also has a new lady in his life. “Alex is seeing sexy former wrestler Torrie Wilson,” the source shares. “Even though he and Cameron just split four months ago, he’s obviously not looking back.”

And it’s not just her exes who are moving on. Both of Cameron’s two closest gal pals, Drew Barrymore and Kate Hudson, have gotten engaged recently. “Drew gushes about how wonderful Will [Kopelman] is,” says the source. And “Kate is extremely happy with her fiancé,” Muse frontman Matt Bellamy.

So as her peer group appears to be settling down and finding happiness all that Cameron feels is that she is getting older. According to a source: “Cameron realizes she’s getting older – she knows her clock is ticking if she’s going to have children. But with no man in sight, she feels she could end up alone.”

To add insult to injury Cameron’s star is not riding high in Hollywood. The source says: “Although her film Bad Teacher did pretty well, critics credited Justin Timberlake for being the reason the film did as well as it did, which only rubbed salt in Cameron’s wounds.”