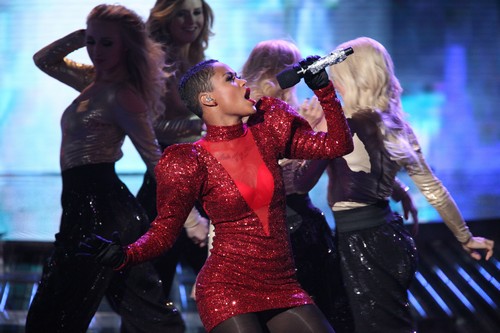 Judges’ Comments: Paige Thomas is thankful for Colleen, the woman who took her in after her mom died.  She has done everything for Paige and her daughter. She belts out Britney Spears’ Everytime and it’s a bit rough because she’s crying. Britney thinks she performed it beautifully but LA and Simon aren’t convinced. They think the emotion took over and she might be sent home tomorrow.