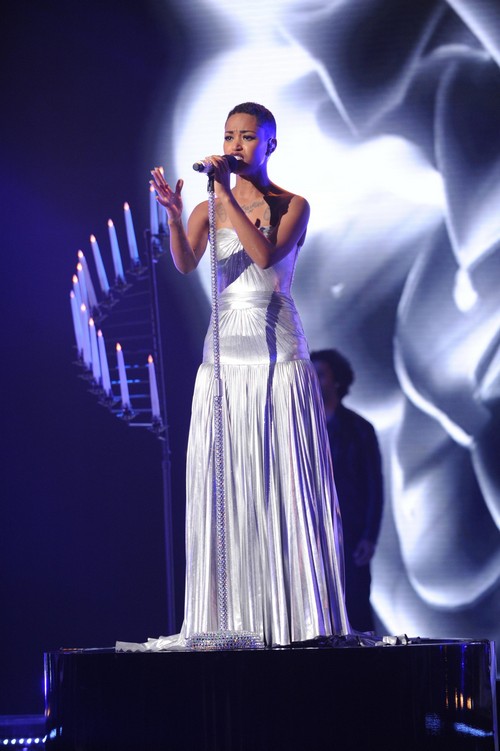 Judges’ Comments: Paige Thomas ignored Demi’s advice completely this week and marched out a mash up of Private Dancer/Never Gonna Give You Up and I think it really worked. LA called it her best performance and it was. Britney thought it was a legitimate risk that really worked. Simon tells her she looks and sounds like a pop star.

Paige was great tonight, but if you want to keep Paige around for another week you need to – Vote for Paige Thomas at – 1-855-THE-XF-03