Paris Hilton Teams Up With LMFAO For Guaranteed Musical Success 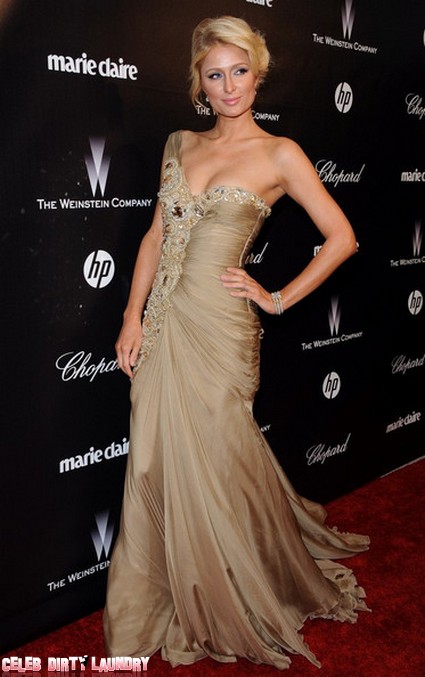 Paris Hilton and Angelina Jolie were the two most outstanding looking women at the Golden Globe Awards – but only Paris is hooking up with LMFAO on her new album! Paris looked so good at the awards show that the cameras just couldn’t stay away from her.

The exciting news came out at the Golden Globes after-party when Paris told MTV that she is still working with Afrojack and will now be doing a single with LMFAO – this assures that some great music will be produced. Paris has been working with Afrojack for some time now and the addition of LMFAO to the mix can only improve matters even more.

As we reported in September, Paris trained to be a professional quality DJ with the explosive Afrojack showing that there is no limit to her talents and ambitions as she continues to diversify her portfolio of business interests and skills.

Paris told MTV:  “It’s completely different from my last album. I’m going with a whole new genre. I have Afrojack executive-producing the entire album. So we’ve just been coming up with the most incredible tracks,” she said. “I was just in the studio with RedFoo the other night, so we’re going to be doing my new single with LMFAO.”

“This is more my thing [musically on this album], more of a club scene, more dance. The single’s done; it’s in the can. That’s probably going to be out [within] the next month or two.”

Wouldn’t it be great to see Paris with a top 40 hit! We are cheering for it and we think she can pull it off!