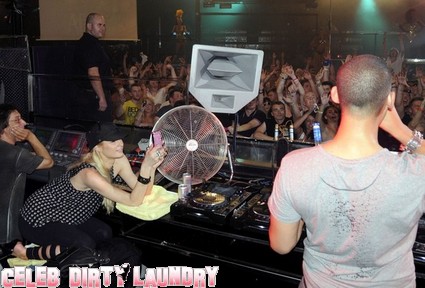 Paris Hilton has now trained to be a professional quality DJ with the explosive Afrojack. There seems to be no upper bound to the talents and ambitions of Paris as she continues to diversify her portfolio of business interests and skills.

Afrojack’s real name is Nick van de Wall and he is a Grammy Award winning producer and DJ.

Spending much of the summer in Ibiza and Majorca learning how to work the record decks, Paris has prepared for top quality music production.  Paris was staying with the music team at the five-star Ushuaia Hotel in Ibiza where she was hard at work in the studio.

Paris and Afrojack have teamed up to work on an album together so you know it will be serious and it will great! Paris has described Afrojack as “really dope” and hopes to get out her album as quickly as possible.