Paris Jackson and Katherine Jackson at War – What Happened to Michael Jackson’s Daughter? 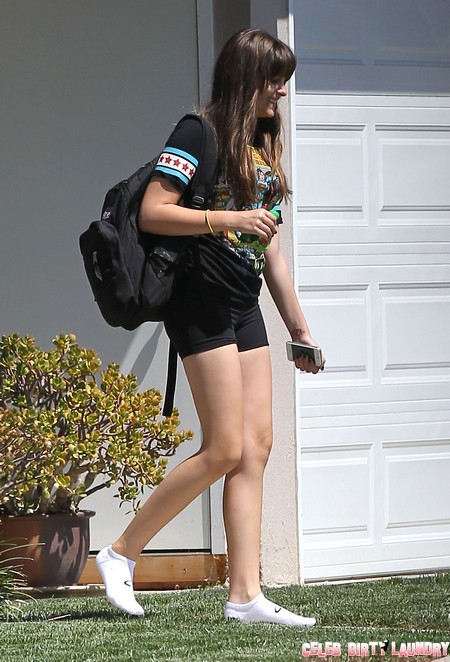 It doesn’t seem that Paris Jackson is able to escape the rumours of rebellion and defiance, because Katherine Jackson is so fed up with Paris Jackson’s wild ways that she was overheard screaming at her, “Your father would be furious with you!” What happened to the King of Pop’s daughter? Did Michael Jackson’s untimely death prove too much for her?

Paris arrived at a star studded red carpet event in Beverly Hills earlier this month with a blue gown, high heels and heavy makeup. “Paris is growing up way too fast and Katherine is worried to death about her. She looked like a 24-year-old. Katherine blew up and told Paris she was wearing too much makeup, her clothes were too tight and revealing, and that she’s hanging out with the wrong crowd,” revealed an inside source to the Enquirer. Please note, Paris Jackson is only 14-years-old, yet she’s acting like a man-child of Drew Barrymore proportions. Yes, admittedly, her life hasn’t been the same as her peers, but trying to be a grown-up in a child’s world is looked down upon by the entertainment industry.

Paris also posted a photo of herself with short hair on her Twitter page, which sent Katherine reaching for the Prozac and tea. Fortunately, Paris was only playing around and tried to emulate Miley Cyrus in the picture. The insider revealed, “When Katherine saw the picture, she almost had a heart attack. Paris’ shenanigans are getting to be too much for Katherine. She’s too old to handle a crazy young teenage girl like that.” Paris and Katherine have also been fighting about Paris’ acting future. The young “star” is set to star in “Lundon’s Bridge and the Three Keys”, a fantasy family film slated for release in 2013. She has also been very visible in the public eye since her father’s death in 2009 and appeared as a member of the audience on X-Factor USA’s first season during Michael Jackson Week.

Do you think Paris is growing up too fast? Do you think she should be reined in by Katherine? According to the source, “Paris can’t be tamed by anyone. She’s a hellion and it’s driving her grandma crazy.” What do you think? Should she be allowed to dress as a grown-up woman? Let us know your thoughts in the comments below.