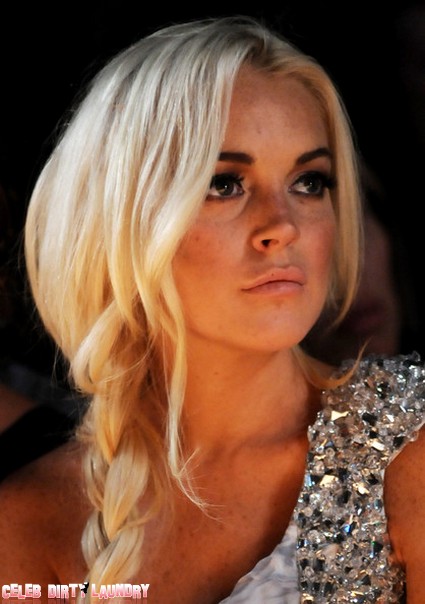 Has Lindsay Lohan finally got her act together? Could LiLo be on the straight and narrow after years of bad behaviour? Well, the woman herself seems to think so. She’s credited Judge Stephanie Sautner – the woman who’s been cracking the probation whip in court – for getting her personal and professional life back on track.

According to TMZ the Playboy covergirl has been telling friends the Judge’s zero tolerance approach has done the trick. And if she wasn’t given the tough love treatment she hates to think where she’d have ended up. I could hazard a guess! Anyway, she’s a changed woman and her acting career is on the up and up as a result. Linds is preparing to portray a Hollywood Legend in her first gig in years. Celeb Dirty Laundry covered the news here Lindsay Lohan To Play Elizabeth Taylor

Our favorite jailbird has realised she needed structure in her life. She needed goals, plans and a regular routine. Something us mere mortals have but Hollywood types struggle with. So that’s what she learnt attending counseling sessions and undertaking hundreds of hours of court ordered community service. Who knew hanging out at the morgue would actually bring her career back to life?

LiLo’s new found maturity will be on display today. She has her monthly check in with Judge Sautner in an LA courtroom. She’s set to get another gold star with all the required community service hours logged. If she manages to keep in the Judge’s good books she’ll complete her probation next month.