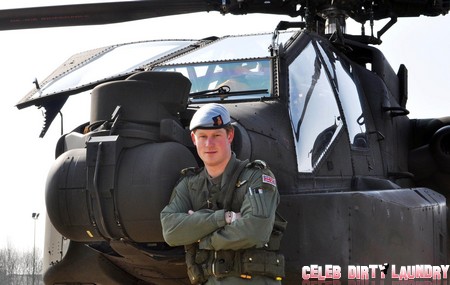 It looks like Prince Harry’s latest love interest is really giving him a run for it.  23-year old Cressida Bonas is the woman that seems to have all of Harry’s attention while he is away for duty in Afghanistan. Prince Charles recently confirmed that his son had indeed called the hottie on at least three occasions while stationed overseas.  The duo was rumored to be dating when Harry’s naked Vegas photos popped up all over the internet and at the time Cressida was none too happy about it. He was then quickly sent to serve in Afghanistan so the couple was likely not on the most solid footing when he left. According to the Daily Mail,

“Harry has been ringing Cressida regularly. He’s been pleading with her to wait for him until he comes back.  Cressida is still very fond of her ex-boyfriend and, since Harry’s been on the scene, he’s been after her again. Cressida is torn. She likes Harry but is not the sort to be bothered about his title.”

Apparently the models ex-boyfriend, Harry Wentworth-Stanley has really turned up the heat leaving Cressida torn between both men.  The Prince has asked her to wait for him to return in January before making any decisions, but let’s be realistic here – she’s young, hot and has already been waiting for months!  She doesn’t want to be another Waity Katie Kate Middleton on a decade long quest for marriage. Obviously Harry didn’t win her over enough in the first place or else she wouldn’t even be entertaining the idea of getting back together with her ex!  Of course Prince Harry is not going to be King like Prince William, is he?

Will Cressida wait until January to choose between the Harry’s, or do you think she has already moved on- on the sly?  Will the former connection with an old boyfriend trump the casual thing she had going with the prince? Tell us your thoughts in the comments below!