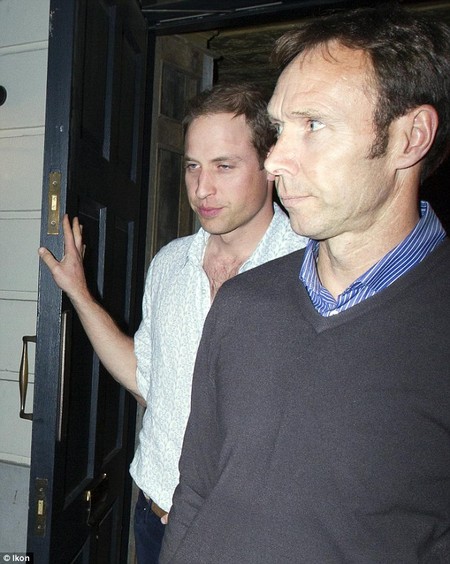 Prince William goes clubbing with Guy Perry and leaves Kate Middleton at home is not a headline you expect to see! Prince Harry often makes a joke that his brother, Prince William, is always acting like an old man since getting married to Kate Middleton last year.

The newlywed couple are now known to not be the clubbing type. The couple say that they prefer watching DVD’s at home and eating home-cooked meals at home together, enough proof for Harry that the two are acting like an old married couple.

But last night was quite the surprise for Prince Harry when Prince William was enjoying a night out with his close friend Guy Perry at a club called Mayfair, in the private members section. Apparently, Kate was not with the old pals and Prince William left looking a little tipsy. Harry must be really proud of his brother for finally be manning up and going out with his bros.

Also at this club were, Naomi Watts, who will be taking on the role of Prince Williams’ late mother, Princess Diana, who died tragically quite some time ago. Naomi was at the club with her husband, Liev Shreiber, he’s such a badass just in case you didn’t know yourself, he played Sabretooth in the X-Men Origins.

Maybe William’s going clubbing is practicing for his celebrating his 30th birthday celebration on June 21st because his Kate says she’s planning a party “fit for a king”, in the hopes of making it a party William never forgets. So, its probably best if Prince William does get some practice holding his liquor before the party because a hangover “fit for a king” doesn’t sound good and I really doubt it would feel good either.