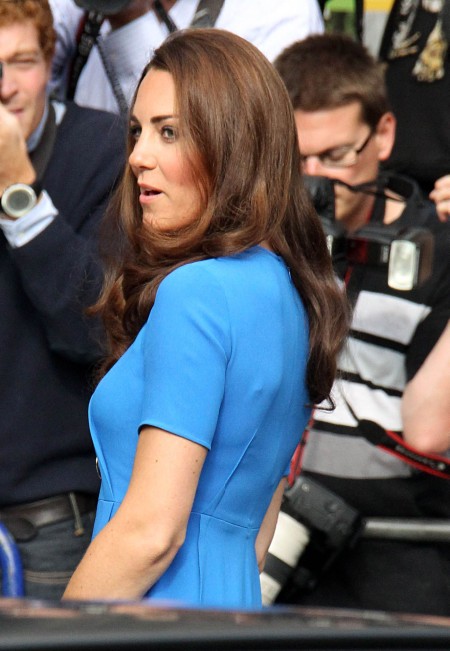 Prince William might have had a hand in the reconciliation between Kate Middleton and her little sister Pippa Middleton but he’s absolutely putting his foot down on Kate’s most recent suggestion to help her bond with Pippa grow even stronger.

It seems the Duchess of Cambridge wants Princess Pippa to move into Kensington Palace with her and Wills and, naturally, the Pips couldn’t have been more delighted. William, on the other hand, well William shouted out a big, fat, “Hells no!”

“Kate hasn’t got many people around her who she can really let her hair down with, so she thought it would be great to have Pippa move in,” a source told Now magazine. “She missed her company so much during their recent falling-out. Pippa jumped at the offer, but Wills wasn’t so keen. Although he and Pippa get on really well, he thinks Kate’s pushing it too quickly as she and Pippa have only just got their relationship back on track. He feared it could lead to another big bust-up between the girls and leave Kate hurt again.”

You know who also lives at Kensington Palace? Prince Harry! Pippa and Harry could be such amazing drinking buddies if Wills would just relax his cravat a little and let her stay. It’s like she’s a pound puppy or something. Give her a good home William! Maybe Pippa and Harry getting drunk together every night wouldn’t be the best idea. We want a Middleton pregnant – but the right one!

Also, if the Pips was close, William and Kate would be able to keep a better eye on her and make sure she’s keeping up with those conditions Kate shackled her with. It’s actually a win/win situation. Pippa can be the princess she’s always wanted to be and live in a castle and Kate can have a friend to work out and avoid solid food with. William’s never there anyway! Let the girls have their fun! My little sister came and lived with me for six months last year and we had a BLAST! We ate too many cookies and drank too much beer though. I have a feeling the Middleton sisters wouldn’t have those lowbrow problems. Oh, but we can imagine, can’t we? Don’t you just wish for once the royal family would allow a camera crew in there to shoot a reality show? Keeping up with the Middletons!!

Is William being overly protective? Do you think he has a point in keeping Pippa at bay or should he let Kate keep her around since castle life can be a tad on the lonely side?