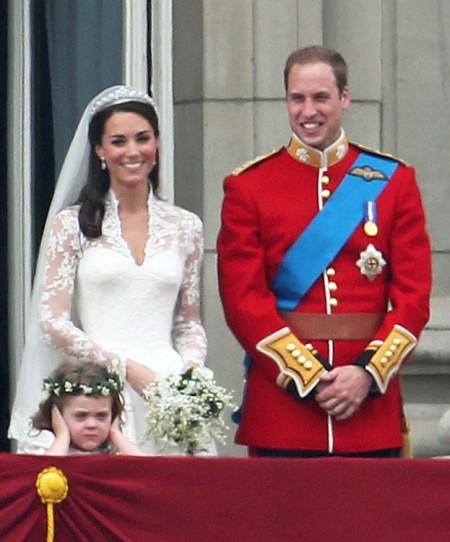 In an interview that’s sure to make the crotchityest of hearts (such as mine) melt, Prince William opens up to Katie Couric about his small family wedding. The prince reveals it was the “one time” since she died that he’d really missed his mother, Princess Diana, and felt “sad” knowing she wouldn’t be present to watch him and his new bride, Kate Middleton, walk down the aisle.

“I sort of prepared myself beforehand so that I was sort of mentally prepared,” he told Couric in her interview, The Jubilee Queen. “I didn’t want any wobbly lips or anything going on. I think she would have loved the day and I think, hopefully, she’d be very proud of us both for the day.  I’m just very sad that she’s never going to get a chance to meet Kate.”

Prince William has made it an annoying habit to not speak out too much about his private life – especially his mother or his wife, but this heartbreaking revelation is one of a few tidbits he’s opened up about lately including his strong relationship to his “granny” and how sleep deprived he was before his monumental big day. Remember how I mentioned Prince William had it easy coming in after Prince Charles to be king? This is a total case in point. All he has to do is mention is mother and is wife in the same sentence and we melt for this kid. It’s like the pics of John John saluting his father, John F. Kennedy, in his little pea coat while the casket rolled past, we will always remember William as the somber young man who kept his head down as he walked behind his mother’s body that day. And he didn’t let us see one tear. That picture is burned in my memory. Ahh, it’s too early for this!

The show airs tonight on ABC and I’m all about watching it. Hopefully I’ll have some more stuff to write about tomorrow since, as you’ve probably noticed, I can’t go a day without writing about those damn interesting Windsors. I wonder if Katie cried. How can you not cry when a man tells you about his dead mother who we all felt we knew and loved? Ah! I would have cried. Thank God Prince Harry was there. He’s always good for a break in tension and that’s what he ultimately did after William’s sincere confession. The best man and “massively nervous” Harry told Katie, “I think she [Diana] had the best seat in the house probably. She would have loved to have been there…. Everybody was nervous. The whole thing was a bit of a blur to be honest because there was God knows how many millions or billions of eyes focused on us. Luckily, mainly those two.”

See, what I mean? He deflected the attention off his brother and saved the interview from going… there. And you know Katie wanted to take it… there. I don’t care what you say, we ALL want her to. No offense to Queen Elizabeth and all but the only words we want coming out of those boys’ mouth are “mummy”, “I love Chelsy Davy“  and maybe “Kate“.

And they know that, which is why they give us just a little to trail us along before they switch the topics to philanthropy and the Queen. They are masters at this game. But I don’t care. I’ll follow them around for the crumbs they throw at me because I’m an Anglophile smut whore. But ever since that wedding, aren’t we all?