Princess Charlene Is Depressed At Not Being Able To Get Pregnant

BY Margeaux on May 6, 2012 | Comments: one comment
Related : Celebrities, Charlene Wittstock 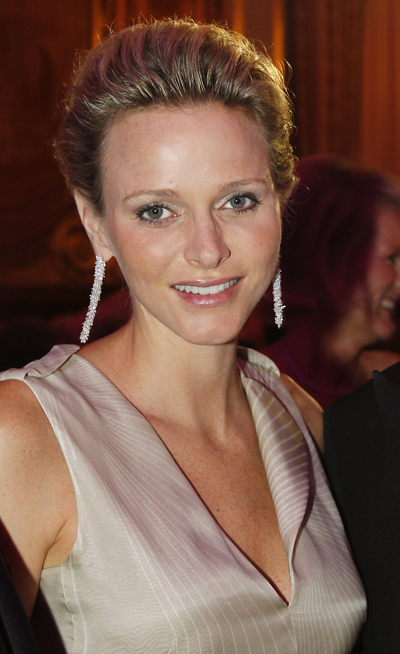 Princess Charlene Wittstock may be all smiles when she’s photographed at charity and red carpet events, but according to the Daily Mail, behind the closed doors of Monaco’s pink palace, the 34-year-old wife of Prince Albert is deeply depressed at not being able to get pregnant.

Reportedly, after Charlene tried to run away before her wedding (remember how she sobbed throughout the ceremony?) the couple struck a deal that the former Olympic swimmer would be able to leave the marriage after she produced a legitimate heir to the throne. Prince Albert already has two illegitimate children with women he had brief flings with, but Monaco law dictates that only a child born in wedlock may succeed him to become the next ruler of Monaco.

“Charlene has made the subject of pregnancy a taboo topic around the Royal palace,” said a source to Voici magazine. “She might have a smile on her face at official functions, but inside she is stressed and frustrated.“

Like Duchess Kate, Charlene was expected to get pregnant within a year of her wedding, and with her anniversary coming up in July, no doubt producing a child is weighing heavily on her mind. Related: Charlene Wittstock Fails To Escape Marriage To Prince Albert