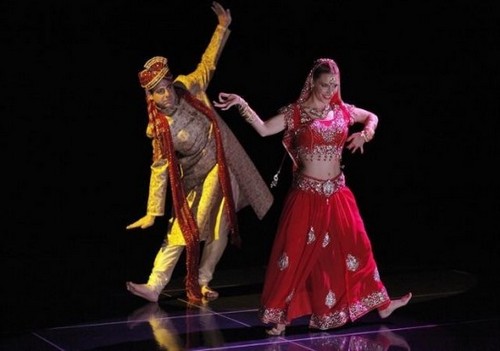 Tonight on ABC a whole new episode of the award winning show PRIVATE PRACTICE airs called “Georgia on My Mind.” On tonight’s show Charlotte tries to find balance in her pregnancy and career. Did you watch last week’s show? We did and we recapped it here for you!

On last week’s show during a dark moment in his life, Sheldon found happiness with a new woman. Meanwhile, he became increasingly suspicious about his patient Nick’s involvement in Sarah’s disappearance.

On tonight’s show Charlotte stresses the doctors out when she continues to run Saint Ambrose Hospital from her doctor-ordered bed rest.  Meanwhile, scared that Charlotte might never leave the hospital, Mason begins acting out in school.

Tonight’s episode begins with Charlotte barking orders from her hospital bed.  She bounces the nurse trying to adjust her IV and consults with a few of the other docs on various hospital situations. She’s coming across as harsh, as she often does, but at least now she has a reason for her mood swings- well aside from being jumbo pregnant with twins. She has a baby girl fighting to survive in NICU.

Speaking of NICU, Cooper is over the moon when he is told that the itty bitty girl is breathing on her own which means he can finally hold his daughter. Charlotte is 28 weeks pregnant and her contractions are 3 minutes apart. Addison thinks it’s going to be rough to keep them there for long because Charlotte is already super medicated.

We flash ahead to Charlotte pregnant at 31 weeks and somehow she has made it two days without a contraction. That means that she can now lie flat in her hospital bed. As she lays there a super perky lady strolls in and tells Charlotte that the hospital board thinks she should begin dividing up her chief of staff duties. Charlotte’s response is to throw her out.

Cooper isn’t any calmer after a visit to NICU. He is with his daughter when a nurse comes in. Being a pediatrician, Cooper orders a few tests be done on his daughter and the nurse reminds him that he’s not the attending physician. He flips and demands she get cracking with the tests.  Apparently his hunch is right. The baby has RSV, a form of pneumonia that often kills babies when their immune system is too weak to fight it.

Charlotte and Cooper are fighting over the baby  and everything else. Actually Charlotte is fighting with everyone that crosses her path and finally their son Mason is affected. He came home from school with a bite mark because of getting in a fight. Charlotte finds out that Mason instigated the fight and he is grounded from television and games for a month. She’s impressed that Cooper really punished him.

Finally Cooper tells Charlotte about their daughters chance of survival diminishing. They talk about how much they had wanted to spend this first Christmas together with Mason happy. As the baby is in surgery Charlotte is in bed talking and crying to herself. She realizes she has been an ungrateful bitch and would give anything to save her babies lives.  She also talks to Mason and reassures him that she’s too mean to die so he doesn’t need to be quite so scared for her.

Cooper strikes a deal with the hospital and is able to bring a Christmas tree to Charlotte’s room. They also learn that the baby is off the ventilator for good. As they are toasting with hot cocoa Charlotte’s water breaks. She made it to 34 weeks and on her way makes a pit stop in NICU to finally see her baby. Tune in next week to see what happens next!