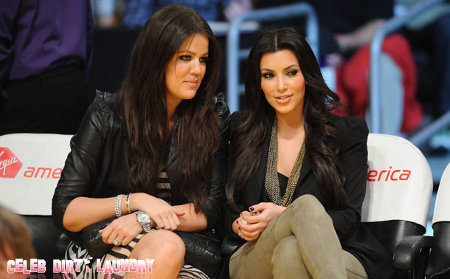 Kim Kardashian and Khloe Kardashian were sued for $5 million for their involvement in “selling” famous QuickTrim’s diet regimen pills, and now they’ve fired back.

Four really angry customers of QuickTrim sued the Kardashian siblings for selling (and promoting) the drug’s effectiveness in advertising campaigns. The four customers call it bogus and false advertising. The customer foursome filed a lawsuit against the Kardashians in March of 2012, suing them for $5 million. If it flaps like a money making scheme, it is most probably a money making scheme.

The sisters filed their response to the outlandish lawsuit, claiming that there is currently no law which holds a spokesperson responsible for false advertising and they want their names dropped from the lawsuit. The Kardashians never quite explained how they’re able to be so fake.

According to the FDA, QuickTrim says there’s caffeine in their drugs, which has been established numerous times, caffeine does not make you skinny! It’s really bad for your heart, especially if taken in a tablet form.

We hope that a celebrity god will intervene and sort out this situation chop-chop. There’s nothing more boring than three Kardashians in a court trial. It will be like Law and Order: Keeps Up With The Kardashians. Something we’re not really interested in watching or reporting about.

They are one of the most famous families in the world, all thanks to Kris Jenner’s brilliant marketing mind, but strange as it seems, if you’re high on top, you receive the most backlash and we agree with the Kardashians on this one, they should not be held accountable for stupid people making stupid choices. Get off your a*s and go join a gym, instead of relying on scary meds to make you thin.