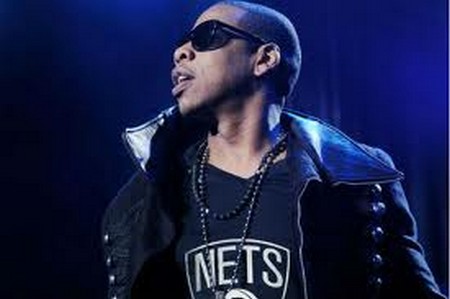 I grew up in Brooklyn and I do not understand what he is talking about.  Is this really a professional writer hired by the NY Post?  Needless to say he and the NY Post are under some heavy press and Twitter fire right now as rightfully so, but mostly him.

His response to the whole thing was that Jay-Z has made money off of, “stereo typing Black American culture but now people are pointing the figure at him saying he’s the racist.”

Mr. Mushnick has been known to write things regarding Jay-Z’s involvement in the team, but I guess when he went from being involved to co-ownership Mr. Mushnick let it all hang out.  He even went so far as to comment on the new urban colors being black and white.

Honestly what difference does it make – all of it I mean, this is supposed to be America, if you have enough money and you want to do something or you want to own something you go out and get it?  I sense a little jealousy?  Now Mr. Mushnick just because you cannot go out and buy a part of professional basketball don’t hate on someone that can.  Unbelievable!!  Is he for real?!!!!