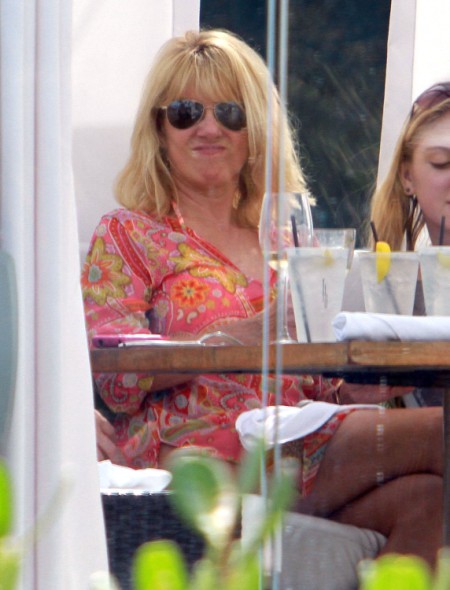 Real Housewives of New York City star, Ramona Singer, is putting her volatile relationship with co-star LuAnn de Lesseps aside for a New York minute and offering an olive branch and a blessing over LuAnn’s decision to try for a baby with French boyfriend, Jacques Azoulay.

The Countess let it be known on the show’s latest episode that she and Jacques might be trying to add to the family. The 47-year-old former model told daughter, Victoria, “You know how much Jacques and I love each other. The two of us are thinking about the possibility of having a baby. I’m not saying it’ll happen — time and fate will tell — but I really care about what you think about it.”

It’s no secret Ramona has had issues with the way LuAnn has raised her children in the past, and has even referred to her as a “weekend mom”, but she at least pretended to be supportive while speaking with Us Weekly. “I think its wonderful that LuAnn is so in love with Jacques. She radiates happiness,” she said.

But, naturally, Ramona couldn’t help herself and had to issue a swift compliment of the backhanded variety. “Many women feel when they are dating a younger man they need to give him a child. Perhaps this is what she is feeling. I would think it would be difficult to start over with diapers and bottles etc — being that her two children are almost adults. But she should do whatever makes her happy. Let’s face it, children are always a blessing.”

Of course, Ramona has a valid point. Did she have to say it that way? Hells no! But it’s Ramona. She has no filter and that’s why we love her – or love to hate her!

To give her credit, LuAnn isn’t blind to her age. Did you know she was 47? I didn’t until now. God she looks good! Anyway, on the show she said she understood that the baby might not happen. “My chances at this point in my life of getting pregnant are not good and I know it’s not going to be easy. It’s definitely not like the first time I had children. I think Fertile Myrtle has taken a little wander into the pasture.”

What do you think about LuAnn’s decision? Am I old-fashioned in thinking she should have a ring on her finger first? Jacque’s adorable, especially when he says “Baby!”, but I’d feel better knowing LuAnn was married first. Hit up the comments! Let me know!