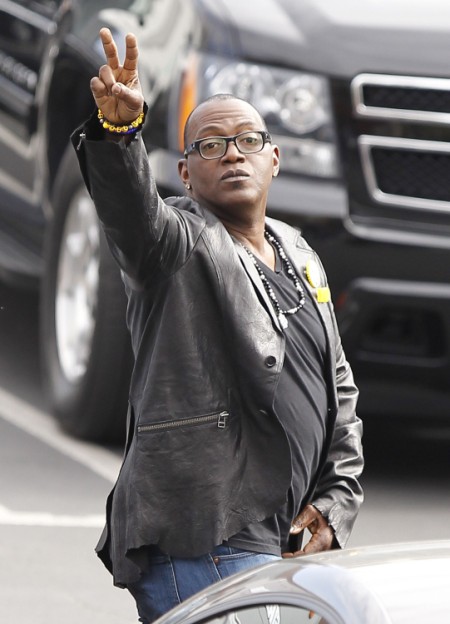 It was the worst kept secret in reality television but Randy Jackson is out at American Idol. According to TMZ the original judge is officially leaving the panel but is staying on the show as a mentor. Apparently no one thinks he’s particularly well-suited for this new venture but producers are afraid of ditching him all together since he’s the “glue” of the show and are too worried about overhauling everything and freaking out the loyal audience. This is the latest in a string of changes from the Idol bigwigs who have already parted ways with Steven Tyler and Jennifer Lopez in an effort to bolster failing ratings.

So is Mariah Carey going to judge all by herself? Can we all sit back and imagine how amazing that would be? Alas, no, sources say Nicki Minaj is set to sit as far away from Mariah on that judge’s table as possible. The deal for Nicki is almost certain (and so are the rumors that Mariah is not happy about it) and the producers are obviously jumping for joy because women b-tching at each other is good for ratings.

TMZ also reports that Idol wants four judges and is particularly looking for someone in the country music field. Idol wanted Kanye West or P. Diddy to fill the fourth seat but it sounds like when they asked, the two dudes just looked at them and laughed. Mariah’s been hustling for her Precious co-star Lenny Kravitz and he’s actually been down with the idea. He’s supremely talented and would be amazing eye candy and his low-key vibes would be a good buffer between Mariah and Nicki’s inevitable histrionics.  What do you think?

Other names floating around include Adam Lambert and Carrie Underwood. Would Carrie go back though? She’d fulfill the country aspect of the show. I don’t know. I get a “I’m too good for America Idol now” vibe from her. Anyone out there have any better ideas? Are you sad to see Randy go? How do you think Randy Jackson’s absence will affect the show?